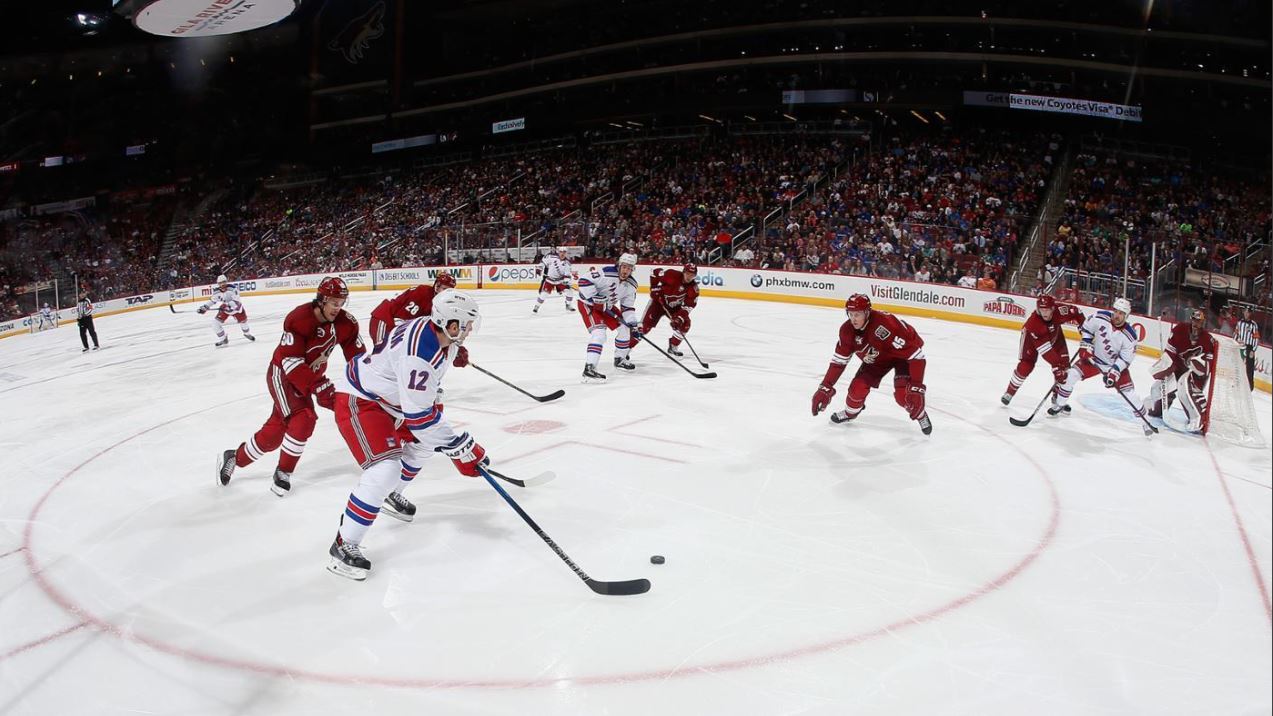 The national winter sport of Canada and the most popular sport among all Canadians, Ice Hockey can be dated back to the 19th century when various stick and ball games, both from the United Kingdom and from the indigenous communities of Canada, influenced a new game into existence. It is as popular in Canada, both as a game and as a pastime, among people of all ages, as sports such as cricket and football are elsewhere in the world. Over time it has become quite popular internationally too and is even an Олимпийски спорт . And in a country that is full of so many diverse peoples, cultures, and languages, hockey is a kind of unifying force that brings everyone together.

Canada’s ice hockey was a sport that the European settlers invented by using parts of various other games. It was derived mainly from the various kinds of field hockey played all over Europe, especially in England, and from the lacrosse-like stick and ball game that was originated by коренното население на Mi'kmaq от морските провинции на Канада. The term hockey itself came from the French word ‘hoquet’ which means a shepherd's stick, an object that was used in a Scottish game in the 18th century.

Всички тези влияния, взети заедно, допринасят за contemporary form of Canadian ice hockey, which was first played indoors in 1875 in Montreal in Canada . In Montreal itself annual ice hockey championships also originated in the 1880s and купата Стенли, която е най-старата награда за трофей в северноамериканските спортове, started to be awarded to top ice hockey teams. By the twentieth century professional ice hockey leagues had been formed, even in the United States. The most important of these that is a major professional league even today, a hundred years later, and the strongest and largest association for hockey in North America as well as the rest of the world, is Canada’s Националната хокейна лига.

Most forms of Canadian Ice Hockey are played according to the rules devised by the National Hockey League or NHL. The game is played on a 200x85 feet rink that is shaped like a rectangle with round corners. There are three sections on the rink – the неутрална зона в средата, където играта започва, и атакуващи и защитаващи зони on either sides of the neutral zone. There is a 4х6 фута вратарски клетки и гол се получава, когато изстрелът изчисти широката райета на вратата върху леда пред вратата.

There are two teams on skates with hockey sticks with which to shoot the rubber puck into the goal cage or net of the opposing team. The шайба is passed between the players of the different teams and each team’s job is not only to score a goal but also to prevent the opposing team from scoring a goal. The game consists of 3 двадесет минути периоди and at the end of the game, whichever team has scored the most goals wins, and if there is a draw then the game goes into overtime and the first team to score a goal during this extra time wins.

Всеки отбор има максимум 20 играчи out of which only 6 can play on the ice at a time and the rest are substitutes who can replace the original six as and when required. Since the game can be quite brutal and violent because the players may stop the opposing players from scoring goals with physical force, each player including the goal keeper or tender has protective equipment and padding. Other than the goal tender who must remain in his position, the rest of the outfield players can move from their positions and move about the ice field as they choose to. Players can be penalised if trip their opponent with their stick, body check a player who doesn’t have the puck, fight, or cause serious injury to opposing players.

It may seem like Canada’s ice hockey has mostly been a male sport ever since its origins, but in fact women have also played ice hockey in Canada for over a hundred years. It was in 1892 in Ontario that the първо се изигра всички мачове за хокей на лед and in 1990 г. се проведе първото световно първенство по хокей за жени . Now women’s ice hockey has also been a part of the Olympics Winter Games. There is also a separate league for women’s hockey called the Канадска хокейна лига за жени and women’s hockey teams exist at college levels as well, thus leading to more and more women participating in the game and eventually reaching the national and international leagues.