Must See Places in Calgary, Canada

A mix of metropolitan vibes with the spectacular view of mountain landscapes and natural scenery, Calgary is also Canada’s most well planned city. 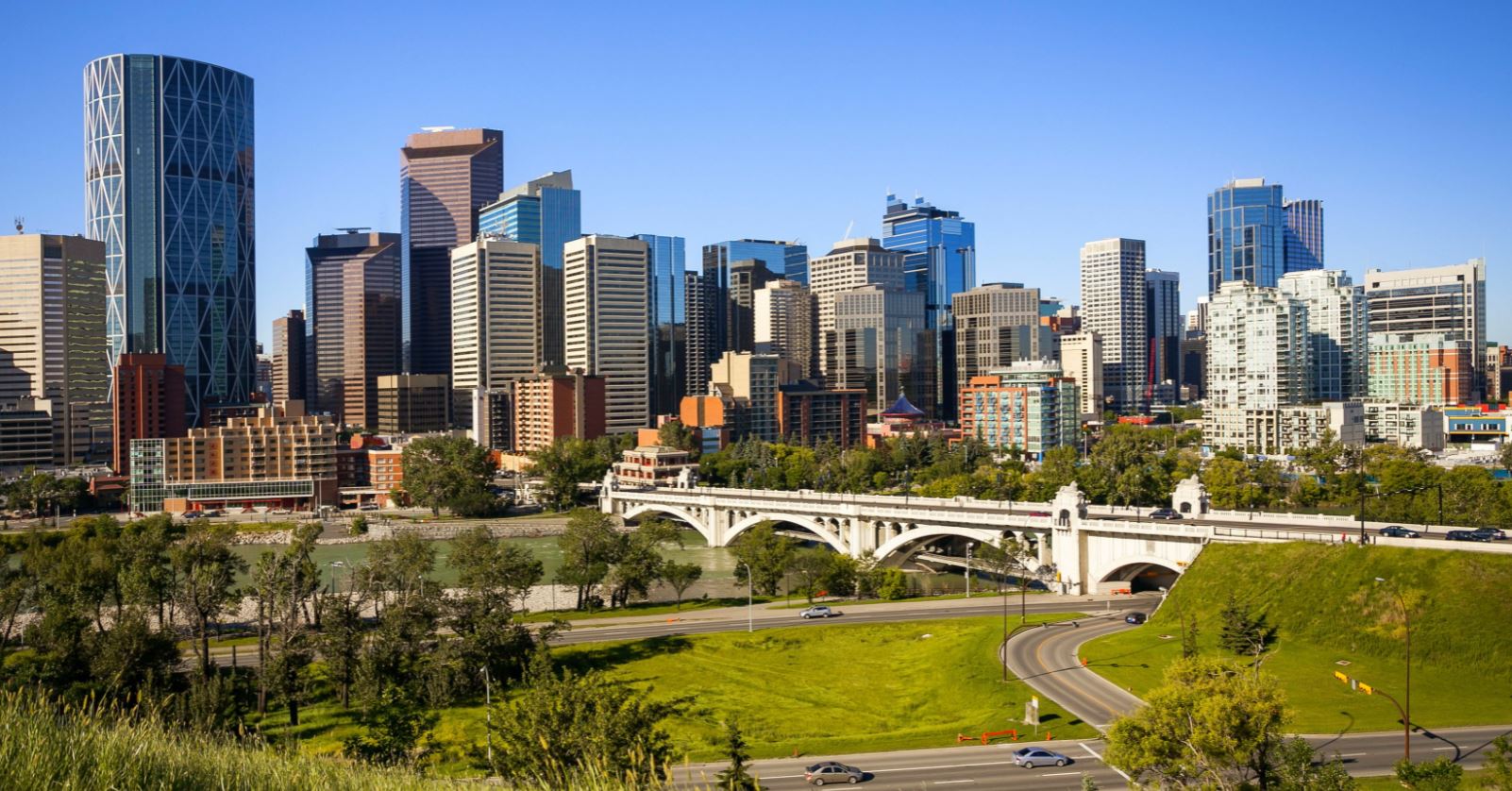 Calgary, city in southern Alberta, Canada, situated in the foothills of the Canadian Rockies

Home to numerous skyscrapers, Calgary is renowned as one of Canada’s wealthiest cities. The city is blessed with year-round sunshine unlike many other cities in North America. Located at a good distance from many world class resort towns, amazing glacial lakes, astonishing mountain landscapes and the United States border, there are more than just a few reasons to visit this city.

A vacation to this part of the country has everything a great travel itinerary should include and considering this is the part of Canada that is filled with world renowned lakes and gateway to the Canadian Rockies, there is hardly a chance of missing this city on a trip to the county.

The museum focuses on Western Canadian history and culture, including Indigenous perspectives

An art and history museum in the city, the place focuses on indeginious peoples history from North America. The museum's good location and numerous permanent art collections make it a must visit place in Calgary. Currently in 2021, the museum is going through massive renovation with plans to expand the existing art works and will next be open to the public in three years time.

Featuring a variety of animals and models for dinosaurs, the zoo offers a memorable wildlife experience with exhibits showcasing habitats from around the world. One among five major zoos in Canada, the zoo is also accessible via Calgary’s light-rail system. Calgary Zoo is one of Canada's top attractions and much more than just a place to see animals.

READ MORE:
Alberta has two main cities, Edmonton and Calgary. Alberta has got quite a diverse terrain, which includes the snowy peaks of Rocky Mountains, glaciers, and lakes; the mutely beautiful flat prairies; and wild forests in the north. Learn about Must See Places in Alberta. 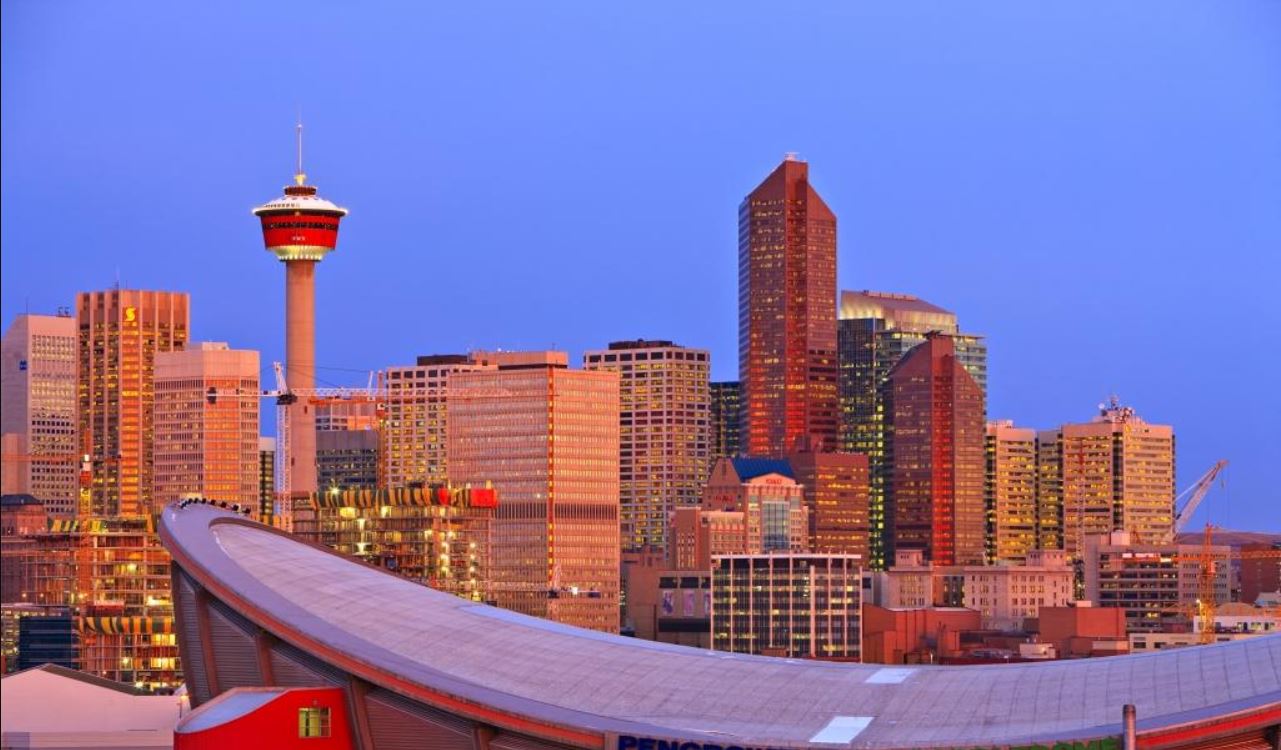 The Calgary Tower is a 190.8-meter long in the downtown core of Calgary

A major tourist attraction and a popular restaurant, the tower offers panoramic views of the city landscapes. The 190 meters free standing structure stands unique for its vibrant colours and frequent light shows. Despite not being the tallest building anymore, the tower continues to attract visitors for its resemblance to the city's culture. 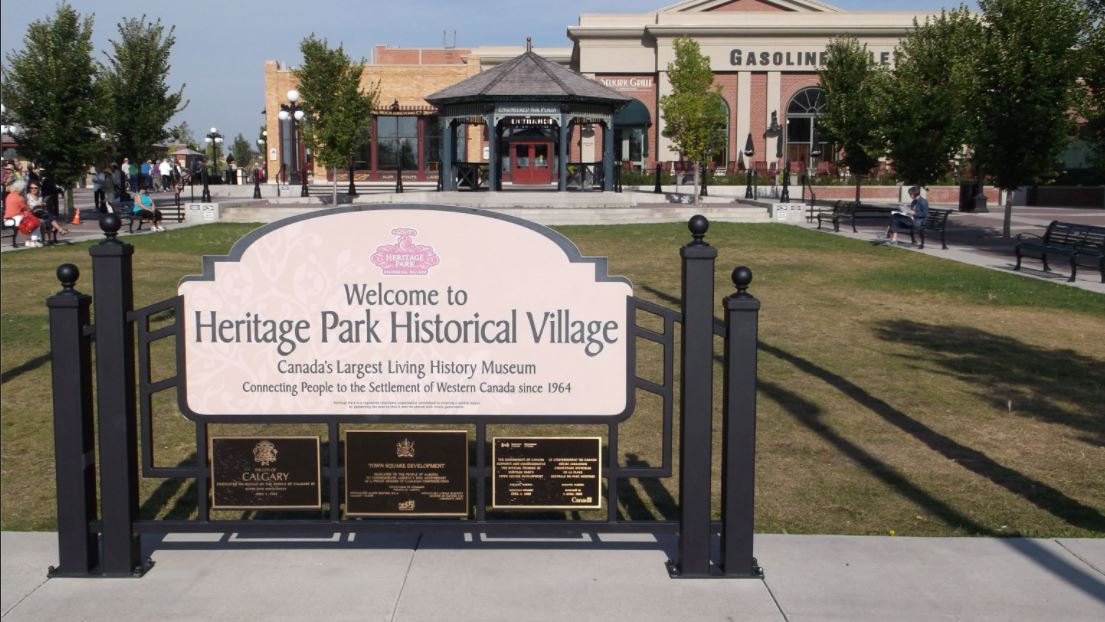 One of the city’s iconic parks located on the banks of Glenmore Reservoir, the museum is one of the largest living history museums in the country and a renowned tourist attraction. The exhibits depict Canadian history from the 1860s to 1930s, along with hundreds of more attractions which include a passenger train that takes visitors around the park. Making history come to life, the park has costumed interpreters dressed according to the time period, truly depicting the western way of life back at the time. 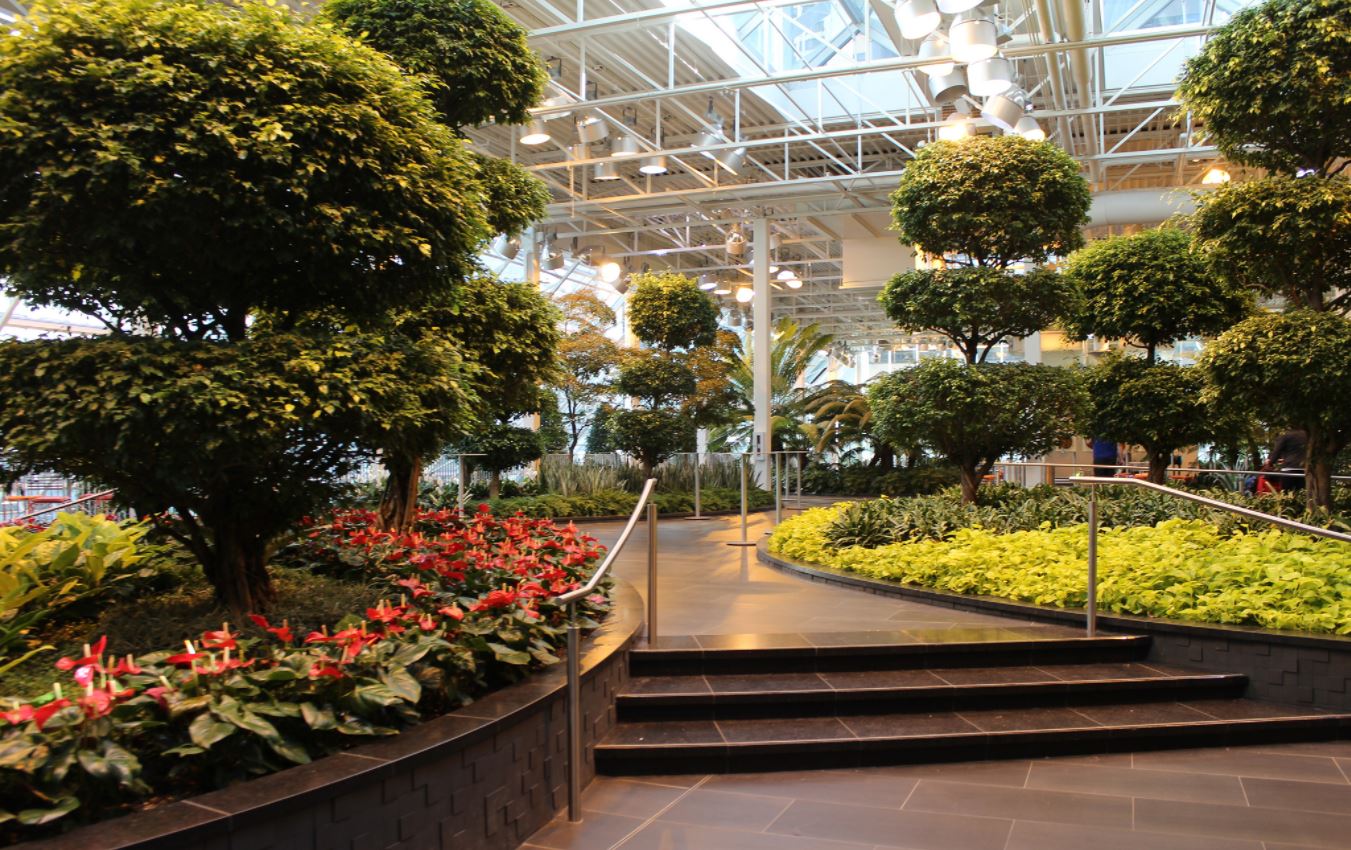 An indoor botanical garden in the heart of the city, this one of a kind green space houses hundreds of varieties of plants and trees. More of an urban oasis in the middle of the city, the indoor park features inside one of the floors of a shopping center. It is one of the great and probably the only largest indoor places in the world to see the tropical gardens while on a visit to the cultural venues of Downtown Calgary.

READ MORE:
With influences ranging from European, including British and French, to American, Canada is a true melting pot of cultures, customs, languages, and arts. Learn more at Guide to Understanding Canadian Culture. 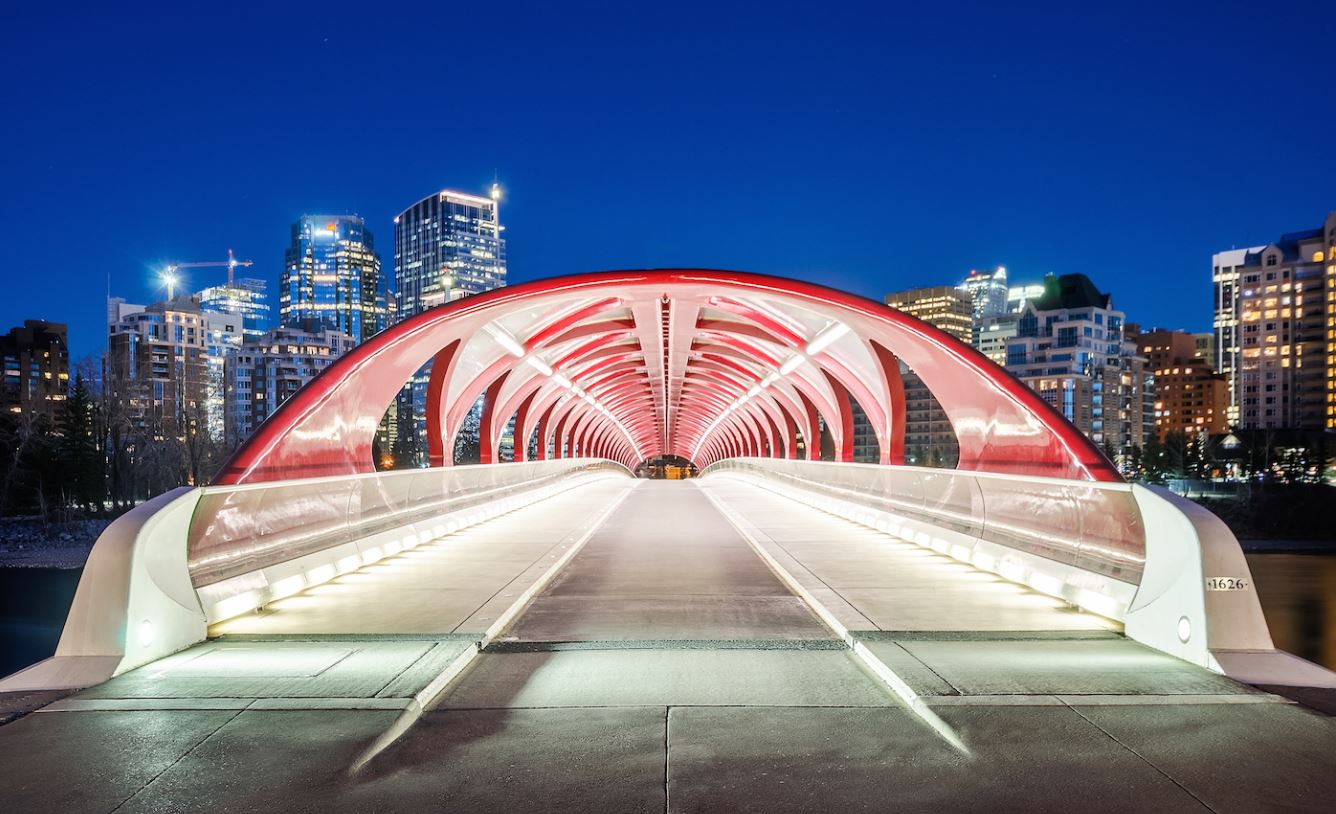 Spread across the Bow River, the bridge is also known by the name of finger tap bridge given its twisted shape. Opened to the public in 2012, the bridge was built by a Spanish architect and its eye-catching design has made it more of an urban icon over the years. The bridge can accommodate both pedestrians and bicycles, and it's great cityside location makes it one of the best places to observe the slow urban life.

Located by the shores of Bow River in Bowness neighbourhood of Calgary, the park is specifically known for its lagoons, skating rinks, picnic spots and overall serene surroundings. This greenspace is one of the favourite city spots for paddle boarding and picnicking along the river and is one of the best all season places in the city. 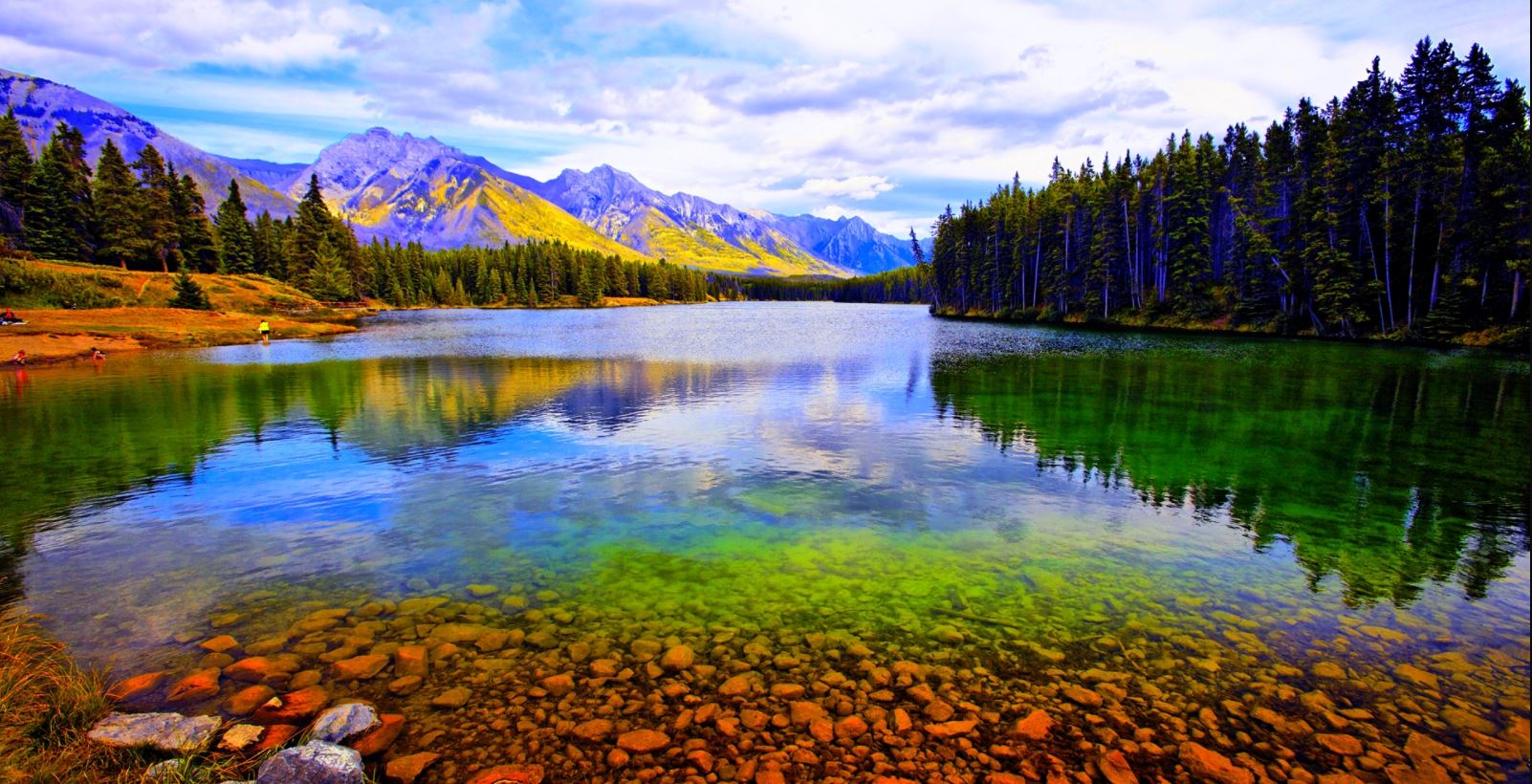 Located in Alberta’s Rocky Mountains, Banff National Park offers endless mountain terrains, wildlife, many glacial lakes, denese forests and everything that defines the richest natural views of Canada. The park is known to be Canada’s oldest national park, housing many of the country’s famed lakes, including the renowned Moraine Lake and Lake Louise.

The place also hosts perfect mountain towns and villages, scenic drives, hot spring reserves and many more recreation activities amidst world's most breath-taking mountain scenery. One of Canada’s national treasures and a UNESCO Heritage site, the unending gorgeous landscapes of the park attract millions of visitors to this part of Canada.