Settled by the St. Lawrence River, Quebec City with its old-world charm and natural vistas is one of the most beautiful regions of Canada. With French-Canadian roots and a mostly French speaking population, this city located in the Quebec Province can easily become one little reminder of beautiful cobblestone streets and architecture from France.

The city is renowned for its whale cruises, the acclaimed only Ice Hotel of North America, old fort city, countryside landscapes and views of the great St. Lawrence River.

A stroll through the streets and historic forts in this region of Canada would leave anyone yearning for more time to spend in the calming vibes of the city. 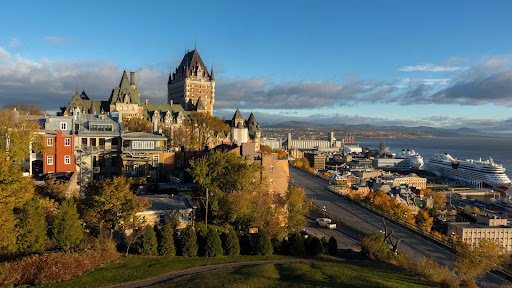 An excellent example of grand hotels developed in Canada in the 1800’s, this historic hotel in Quebec City is by no surprise also one of the most photographed hotels in the world. Chateau Frontenac, as it is also called, is located by the St. Lawrence River and is situated in one of the country’s popular UNESCO heritage sites.

Located in Old Quebec, this castle-like hotel would take you back to the leisurely times of the past, as one will go through many restaurants and great attractions at a near distance from the hotel.

Even if a super luxurious stay at one of the world’s most expensive hotels is not on your list, this place in Quebec City is still worth exploring for its naturally rich views and surroundings. 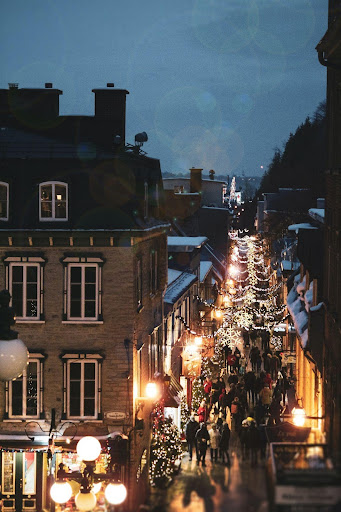 Not just a regular shopping mall, this place is a must-see attraction in Old Quebec. Located near the Chateau Frontenac hotel, this street is one of the oldest streets in North America.

This beautiful commercial street is one historic neighbourhood of the city, with everything from upscale shops, boutiques and little cafes located all along the side, which could easily give the experience of walking through the streets of France.

La Citadelle or The Citadel of Quebec, is an active military installation, featuring an active fort, museum and changing of the guard ceremonies. Representing the largest military fortification in Canada, the place easily reminds of the city’s rich military past.

The citadel was constructed in the 1800’s by a British military engineer. Open surroundings and some good facts from history would keep anyone glued in this place for a good couple of hours.

Housing thousands of marine animals, this could be one exciting place to spend some great time with family. The aquarium has both indoor and outdoor exhibits, with creatures as rare as Polar Bears and many species from the Arctic.

One of the place’s most famous exhibits is an indoor water exhibit where visitors pass through a water tunnel witnessing the richness of life beneath water from the vantage point of a diver. This is one place that truly can be experienced only once and here! 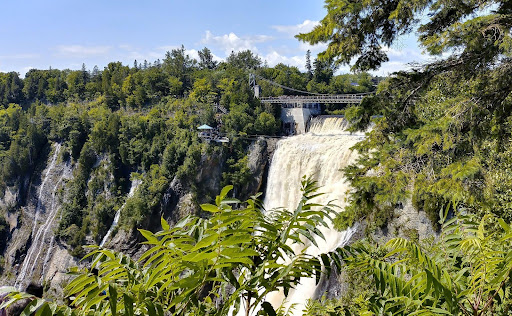 Rising from the Montmorency River of Quebec City, the sight of these falls is definitely an epic picture of Canada's natural wonders. Stretching wider than the acclaimed Niagara Falls, this towering waterfall comes with scenic views, hiking trails and a suspension bridge overlooking the torrential waters going through the valley.

Located within the Montmorency Falls Park, the waterfalls rushes into the great St. Lawrence River, and is easily one of the must see sights in Quebec.

Located in the historic Old Quebec City near the St. Lawrence River, this is the city’s most popular museum. The museum explores the history of human society with exhibits including the knowledge about the First Nations and modern Quebec.

Dedicated to cultures around the world, the museum covers vast subjects ranging from the functioning of the human body to the evolution of human society over centuries. The place’s interactive exhibits are one captivating museum experience, something quite unusual and new in perception, making it a one of a kind museum in the world. 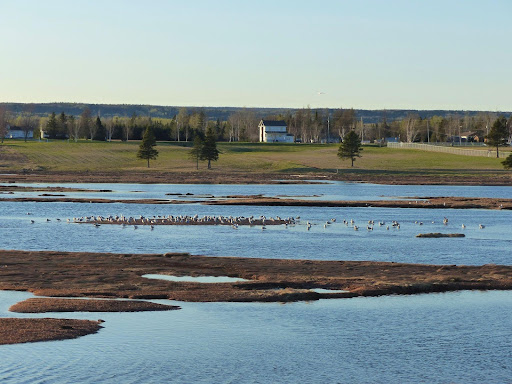 Located on the banks of St. Lawrence River, lle d'orleans was one of the first islands colonized by the French arriving in North America. Offering a breath of charm filled in its countryside breeze, the place’s unforgettable food, cheese, strawberries, and the simple island life might make this your favourite of all places in Quebec City.

Located at an easy distance from Quebec City, the island's scenic vistas and local life would surely appeal to anyone simply wanting to take a walk around its surroundings. A leisurely trip to this island and its green pastures might become a reminder of some magical cinematic shot from a popular movie.

A historic area within the Battlefields Park in Quebec City, this was the site of ‘The Battle of Plains of Abraham’ in 1759. This battle, also known by the name of ‘The Battle of Quebec’ was itself a part of the Seven Years War, a struggle for global primacy between Britain and France in the 18th century.

The Plains of Abraham Museum has exhibits from the battle, specifically from as far back as the 1759 and 1760 battles. The museum acts as a gateway to discover one of the prestigious and historic city parks of Quebec City. Or in other words just a glimpse back in time!