Niagarski slapovi so majhno, prijetno mesto v Ontariu v Kanadi, ki leži na bregu reke Niagare, and which is known for the famous natural spectacle created by the three waterfalls grouped together as Niagara Falls. The three waterfalls are situated at the border between New York in United States and Ontario in Canada. Out of the three, only the največji, ki je znan kot Podkve, se nahaja v Kanadi, drugi dve manjši, znani kot Ameriški slapovi in ​​slapovi poročne tančice, are located entirely within the USA. The largest of the three Niagara Waterfalls, Horseshoe Falls has the most powerful flow rate of any waterfall in North America. The tourist area in the city of Niagara Falls is concentrated at the Waterfalls but the city also has many other tourist attractions, such as observation towers, hotels, souvenir shops, museums, water parks, theatres, etc. So when visiting the city there are many places for tourists to visit apart from the Falls. Here is a list of the places to see in Niagarski slapovi. 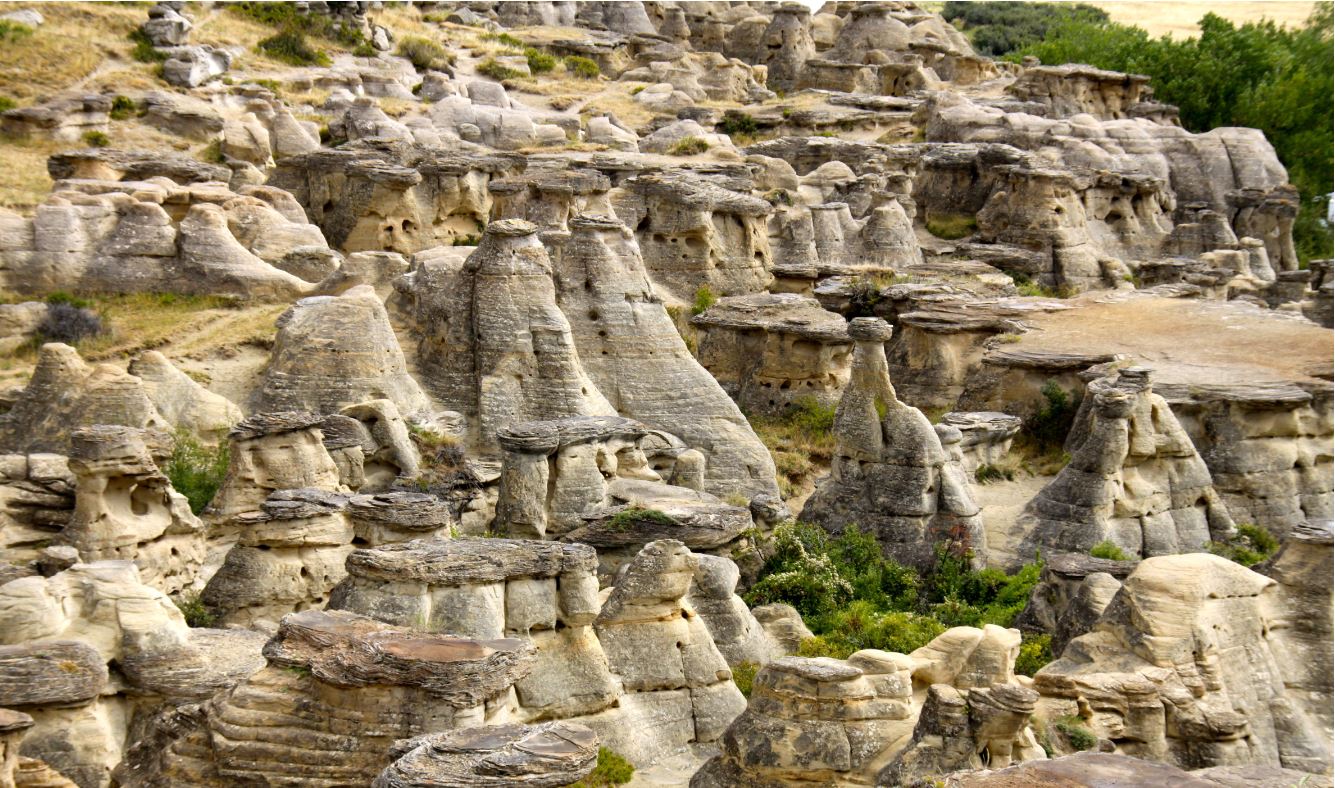 Sveto za Avtohtono prebivalstvo Kanade Niitsítapi as well as to some other aboriginal tribes, Writing on Stone is a Provincial Park in Alberta, Canada, which is famous for being the site of največ rock umetnosti, ki jo najdemo kjer koli v Severni Ameriki. Nowhere in Alberta’s park system is so much prairie land protected as at Writing on Stone. Besides, the park does not just protect the natural environment by preserving this site but also contributes toward preserving Čl, including rock painting and carving, as cultural and historical artefacts. These include numerous petroglyphs and artworks that go into thousands. Apart from witnessing some fascinating historical art, tourists can also participate in such recreational activities here as camping, hiking, and canoeing and kayaking on the Milk River that runs through the place.

A part of the Boreal Forest, which is a snow or coniferous forest in Canada, Pimachiowin Aki is an ancestral land belonging to a few First Nations tribes that is found in parts of the forest located in Manitoba and Ontario. Including also two provincial parks, the Park divjine province Manitoba in Pokrajinski park Ontario Woodland Caribou, the site is important both culturally and for the natural resources at its disposal. Meaning 'the land that gives life', this site was the prva mešana svetovna dediščina v Kanadi, which means that it consisted of things that made it both of natural importance as well as of cultural and importance. The site is also significant because it is still under avtohtono skrbništvo, which means the indigenous people haven’t had to leave their land. 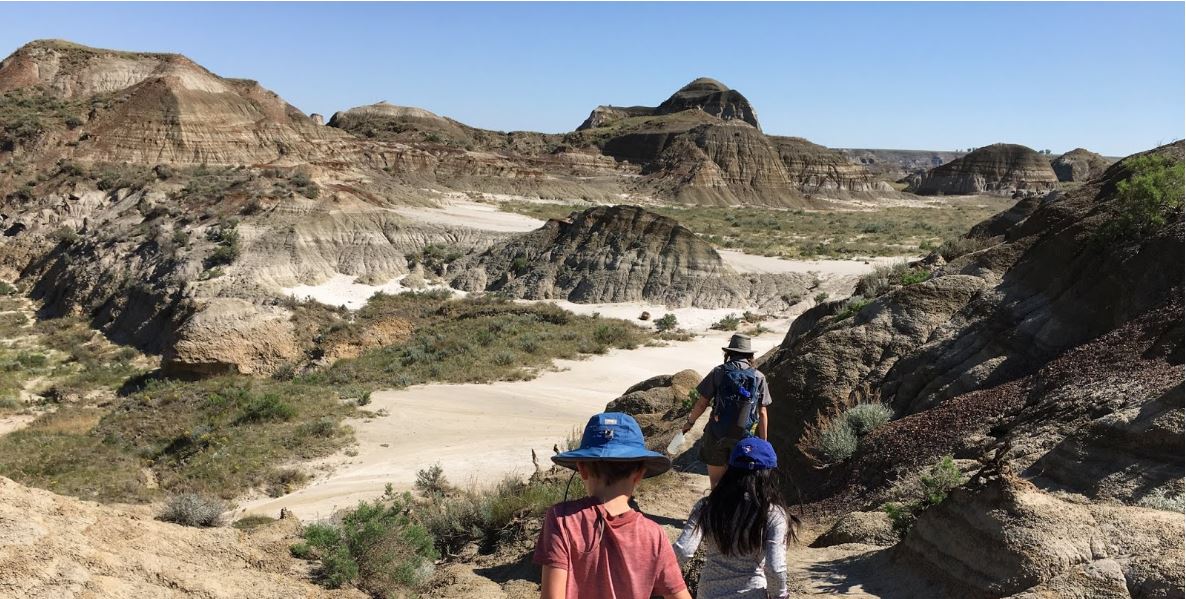 Približno 2 uri vožnje stran od mesta Calgary v Kanadi, se ta park nahaja na območju Dolina reke Red Deer, an area famous for its badlandski teren, which is a terrain that is dry, consisting of steep slopes, next to no vegetation, almost no solid deposits on rocks, and most importantly, soft sedimentary rocks set in clay like soil which have all been eroded to quite an extent by wind and water. The Park is famous worldwide and a World Heritage Site because it is one of the most anthropologically significant places in the world . This is because it is one of the najbogatejša z fosilnimi najdišči dinozavrov na svetu, so much so that as many as 58 dinosaur species have been found here and more than 500 specimens removed to museums, etc. If you visit this tourist attraction in Canada, you can also go to the visitor centre located inside where you will get to learn more about the history and geology of the place and about that age when dinosaurs existed. 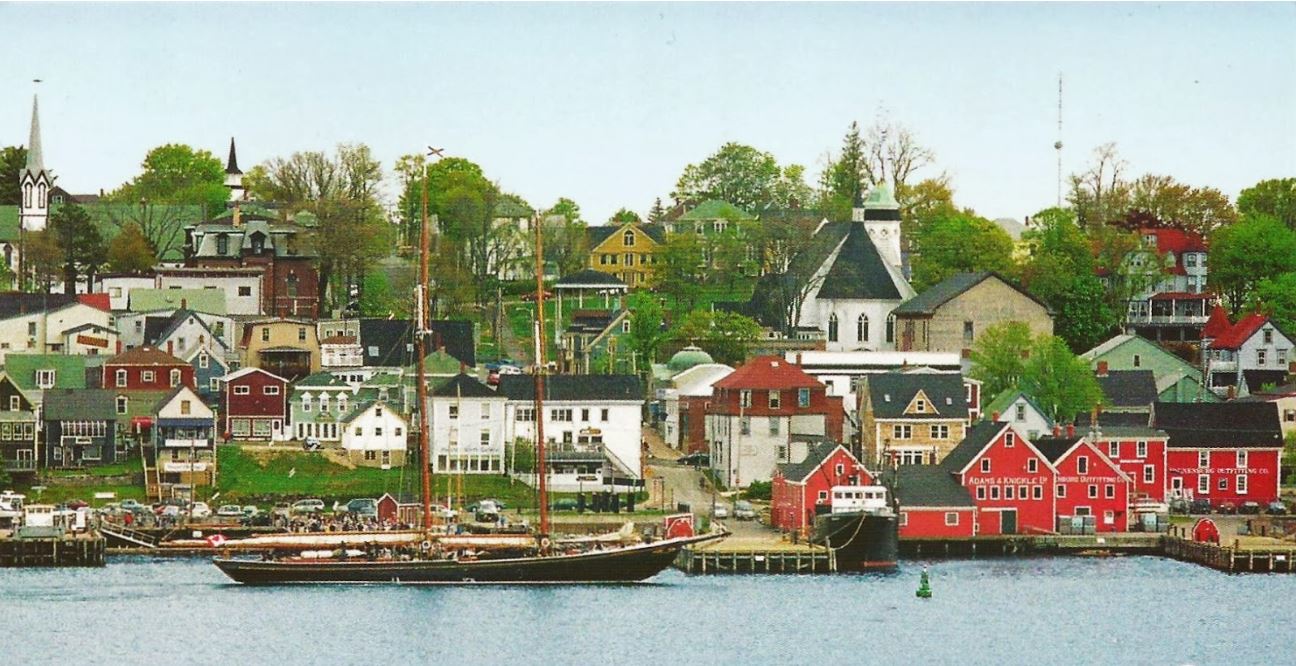 To je pristaniško mesto na Novi Škotski, ki je bilo eno izmed prva britanska protestantska naselja v Kanadi, founded in 1753. House to the največji obrat za predelavo rib v Kanadi, Old Town Lunenburg is mainly famous for the 19th century feel the Town has, especially because of the surviving architecture from the time. More than its historical architecture, however, it is deemed a UNESCO World Heritage Site because it is considered to be one of the prvi poskusi britanskih načrtovanih kolonialnih naselij v Severni Ameriki. The status of a World Heritage Site is also to preserve the town's traditions, which include not only the architecture and buildings it has inherited, but also the kind of economy it has inherited, which is one that is dependent mainly on fishing, an economic undertaking whose future is uncertain in today’s world. It is also a Nacionalno zgodovinsko najdišče Kanade. 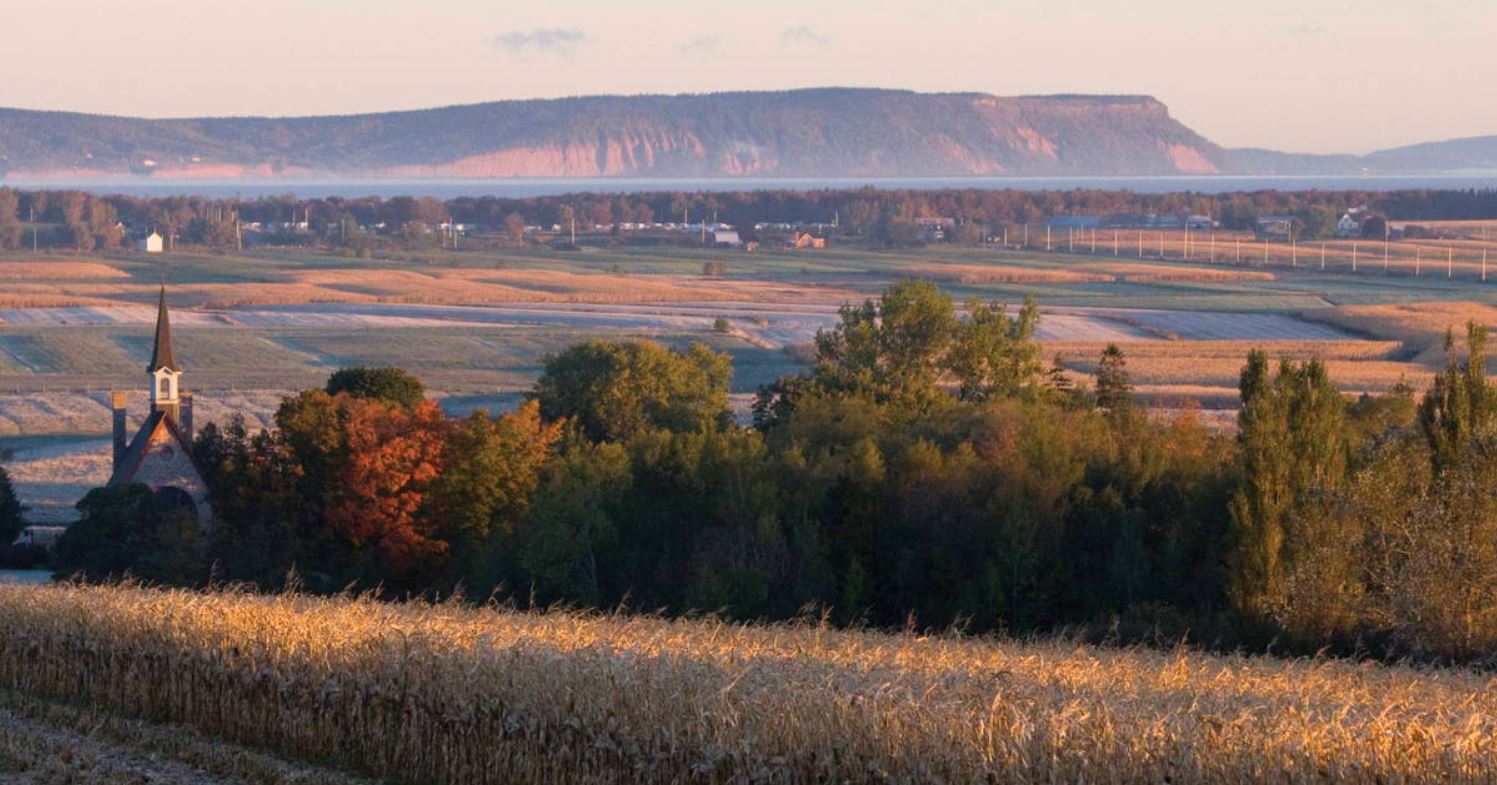 A rural community in Nova Scotia, Grand Pré's name means Great Meadow. Located at the edge of the Annapolis Valley, Grand Pré stands on a peninsula that juts into the Povodje Minas. It is full of obarvana kmetijska polja, obdan z Reka Gaspereau in Reka Cornwallis. Founded in 1680, the community was established by an Acadian, that is, a French settler from the Acadia region of North America. He brought with him other Akadijanci who started a traditional farming settlement in Grand Pré, which was an exceptional task because this coastal area had one of the highest tides in the whole world. The farming alone makes the place have great historical significance, but apart from that, Grand Pré was an amazing settlement because the Acadian diaspora who arrived here lived in complete harmony with the the indigenous people of the area. This inheritance of multiculturalism and of traditional farming is what makes the place a special World Heritage Site.