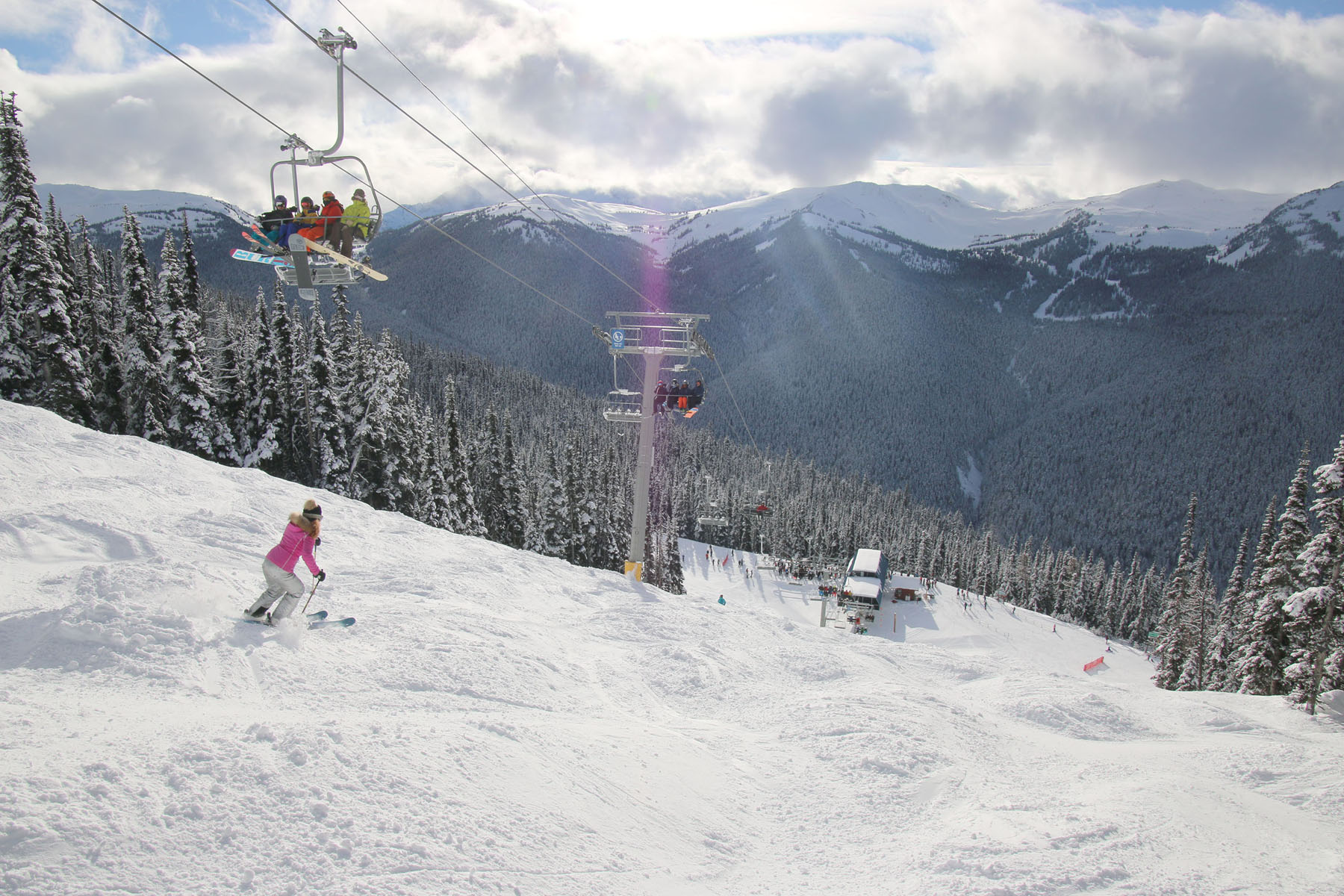 Sovuq va qorli tepaliklar mamlakati sifatida, bilan deyarli yarim yil davom etadigan qish in many regions, Canada is the perfect place for many winter sports, one of them being chang'i. In fact, skiing has become one of the most popular recreational activities that draws tourists from all over the world to Canada.

Canada is indeed one of the premier destinations in the world for skiing. You can ski in almost all of Canada’s cities and provinces but the places in Canada that are the most famous for their tog 'chang'i kurortlari bo'ladi Britaniya Kolumbiyasi, Alberta, Kvebek va Ontario . Skiing season in all these places lasts as long as the winter season does, and even through spring in places where it still remains relatively colder, which is from November till April or May.

The wonderland that Canada turns into in winters and the beautiful landscapes found all across the country will ensure you have a pleasant vacation here. Make it more fun by spending it at one of Canada’s famous skiing resorts. Here are the top skiing resorts you can go to for a skiing holiday in Canada.

This is only one ski resort among the numerous ones in British Columbia. In fact, BC has the most number of them in all of Canada, but Whistler is the most famous of them all because it is the largest and ehtimol butun Shimoliy Amerikadagi eng mashhur tosh markazidir. The resort is so big, with over a yuzta chang'i yo'llariva shu qadar sayyohlarga to'la, bu o'z-o'zidan chang'i shahri kabi ko'rinadi.

It is only two hours away from Vancouver, hence easily accessible. It is also known all over the world because some of the Qishki 2010 yilgi Olimpiya o'yinlari took place here. It’s two mountains, Whistler va Blackcomb, have almost a European look about them, which is why the ski resort attracts so many international tourists. Snowfall lasts from mid-November till May here, which means a proper, uzoq chang'i mavsumi. Even if you’re not a skier yourself the snowy landscape and the many spas, restaurants, and other recreational activities offered to families would make this a good holiday destination in Canada.

Banff - bu Rokki tog'lari bilan o'ralgan kichik sayyohlik shahri, boshqasi sayyohlar uchun mashhur chang'i toshi kanadasi. In summers the town functions as a gateway to the mountainous national parks that enrich Canada's natural wonders. But in the winters, with snow lasting almost as long as it does in Whistler, although the town is less busy, it becomes exclusively a skiing resort. The tog 'chang'i zonasi asosan Banff milliy bog'ining bir qismidir va uchta tog 'kurortlarini o'z ichiga oladi: Banff quyoshi, which is just a 15 minute drive from the town of Banff, and which alone possesses thousands of acres of terrain for skiing, and has runs for both beginners and experts; Leyk, Luiza, which is also one of the largest ski resorts in North America, with a spectacular landscape; and Tog ' Norvey, which is good for beginners. These three ski resorts in Banff are often together popularly known as the Big 3. These slopes were also once the site of the Winter Olympics of 1988 and are known worldwide for that event. Banff is also one of the Kanadadagi YuNESKOning Jahon merosi ro'yxati.

Quebec does not have peaks as huge as those in British Columbia but this province in Canada also has some popular ski resorts. And it is closer to Canada's East Coast. If you are going on a trip to Montreal or Quebec City then you should definitely take a ski trip detour to the most Tremblant-Mont yaqinidagi mashhur tosh chang'i kurorti, which is nestled in the Laurentian Mountains just outside Montreal. At the foot of the mountain, beside Lake Tremblant, is a little ski village that resembles the Alpine villages of Europe with cobblestone streets and colourful, vibrant buildings. It’s also interesting that this is the Shimoliy Amerikadagi ikkinchi eng qadimgi tosh markazidir, dating back to 1939, although it’s well developed now and a Kanadadagi birinchi xalqaro chang'i poygasi.

bu Ontario shahridagi eng katta tosh markazidir, offering not just skiing to tourists but also other recreational activities and winter sports such as snow tubing, ice skating, etc. Situated beside Georgian Bay, it spans the Niagara qochishi, which is the cliff from which the Niagara River cascades down to the Niagara Falls. At the base of it is the Blue Mountain Village which is a ski village where most tourists coming to ski in Blue Mountain resort find lodgings for themselves. The resort is only two hours away from Toronto and thus easily accessible from there