A Tourist Guide To Atlantic Canada

These far east regions of the country, although active in various core industries and fishing, are a major source of tourism in the country.

Although being host to various gorgeous locations, it is a full possibility that majority travellers are oblivious to their existence and might often miss these wonderful places on their visit to Canada.

But in a country where beautiful views are an everyday affair, the beyond amazing sights of Atlantic Canada might just upgrade your definition of beauty. 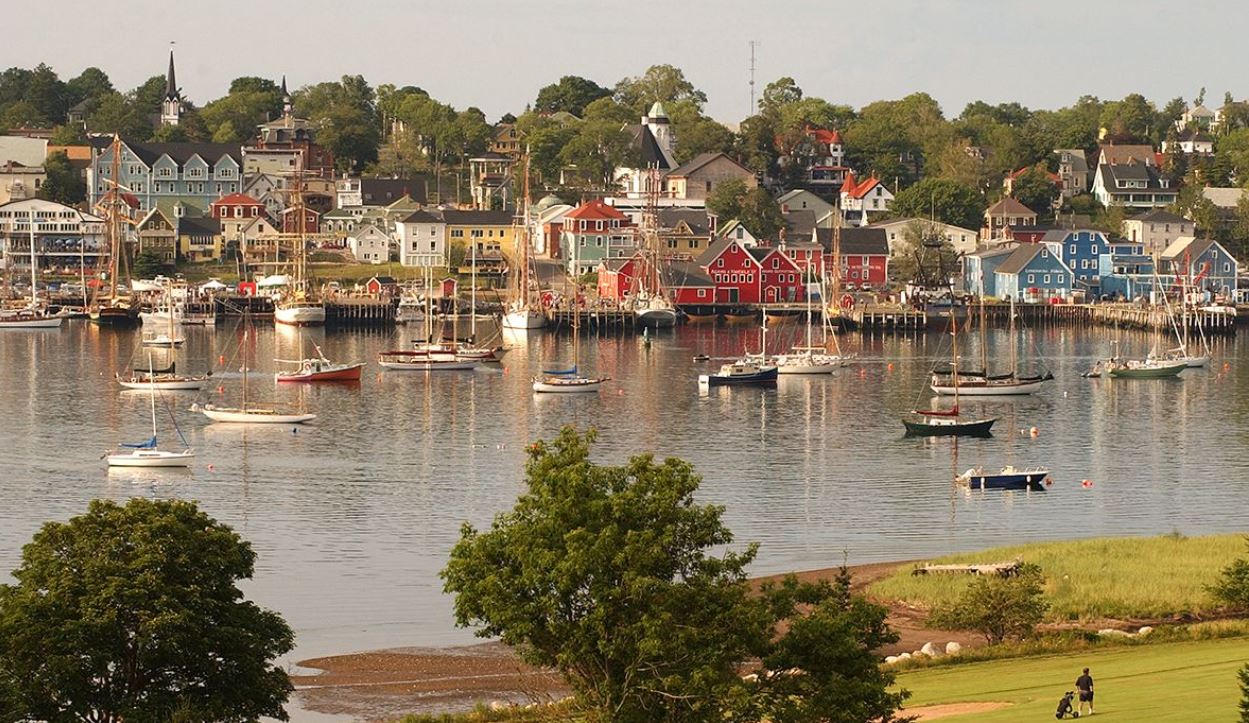 Only one of the two urban communities in North America designated as the Unesco World Heritage Site, Lunenburg is one of the Canadian port cities located by the shores of colourful Nova Scotia.

With many things to explore in this scenic rural town, a visit to the Fisheries Museum of the Atlantic would be a memory back to the maritime history of Lunenburg. The beautiful views at the Lunenburg harbour with ferries relaxed on its waterfronts are the perfect vacation views.

And since a trip to a coastal city is not complete without a visit to the beach, the nearby Hirtle’s beach, with a three kilometer long white sand coast is all set to give the best summer vibes!

A great combination of luxury and the old world charm, the city is known for its colourful streets as well as its many historical sites located at every step of this 500 year old city, which is considered as the oldest one in the New World.

But this historic city on the easternmost side of Canada is not just a place all covered with only museums and history , and rather is full of great shopping and restaurants located along its walkable streets.

Signal Hill, Overlooking the city of St Johns is another popular national historic site offering the impressive views of the Atlantic ocean and its surrounding coasts.

For the respite from the museums and the history of the place, experience the touristic charm of the city in the downtown area which is one of the places to witness small colourful houses and restaurant streets of this small town 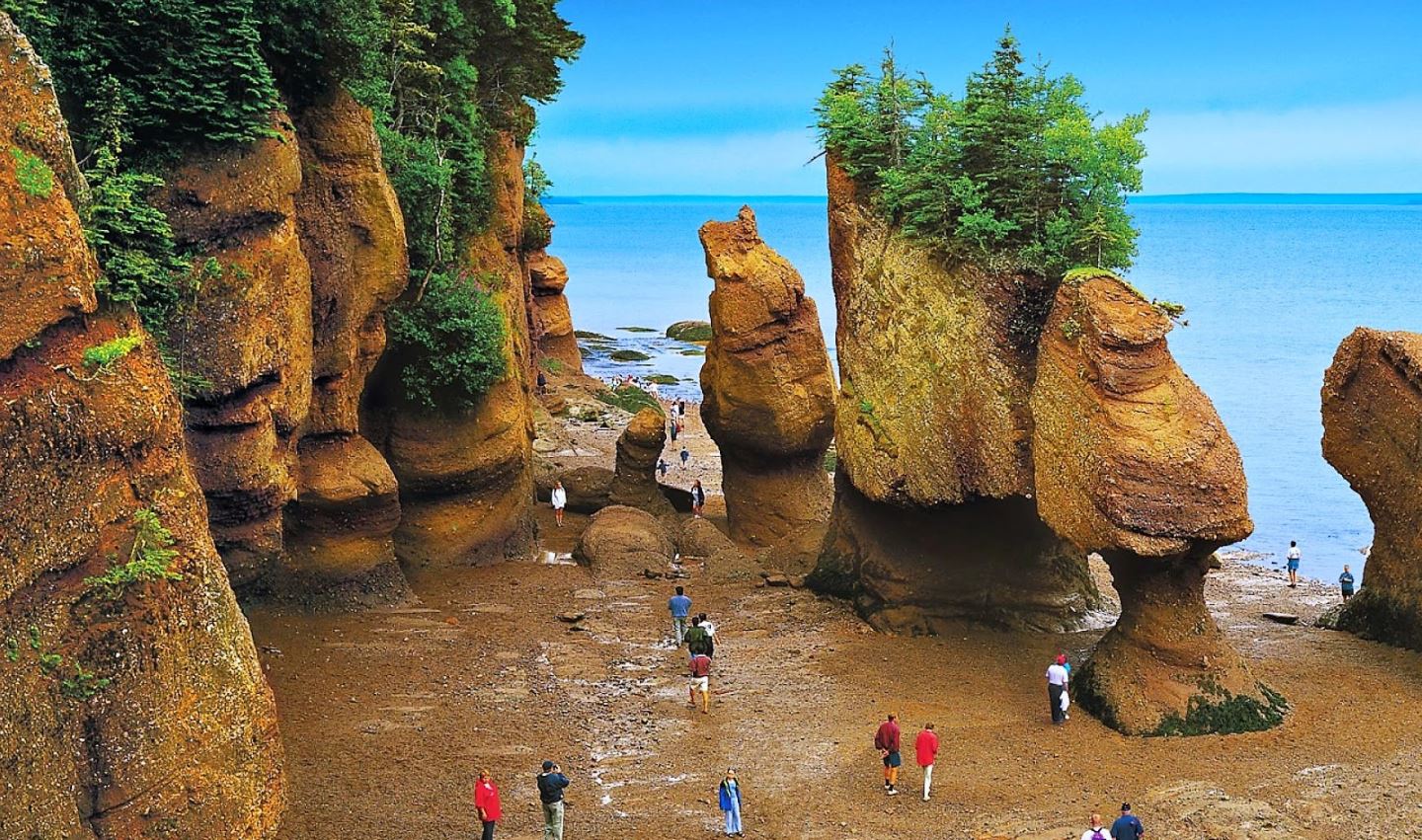 Located between the provinces of New Brunswick and Nova Scotia, the Bay of Fundy is known for its extremely high tide range, apparently the highest in the world.  The best way to experience the Bay of Fundy is along its shoreline and beaches, with fossil records dating back to millions of years!

Although being a high tide area, it may not always be recommended to go for a swim but for a scenic dip in the clean waters the area also has many tidal pools and offshore islands.

The beaches of the New Brunswick province are also one of the warmest in the country making its water a biodiversity hotspot.

The Bay of Fundy with its stunning coasts and unique coastal environment is also known for its numerous geological discoveries and marine life. Fundy National Park, located on this part of East Canada,  is known for its unusually high and fast running tides, the highest known anywhere else on earth!

With views of rugged coastline, world's highest tides and a number of waterfalls, the trip through this national park may not be just like any other. 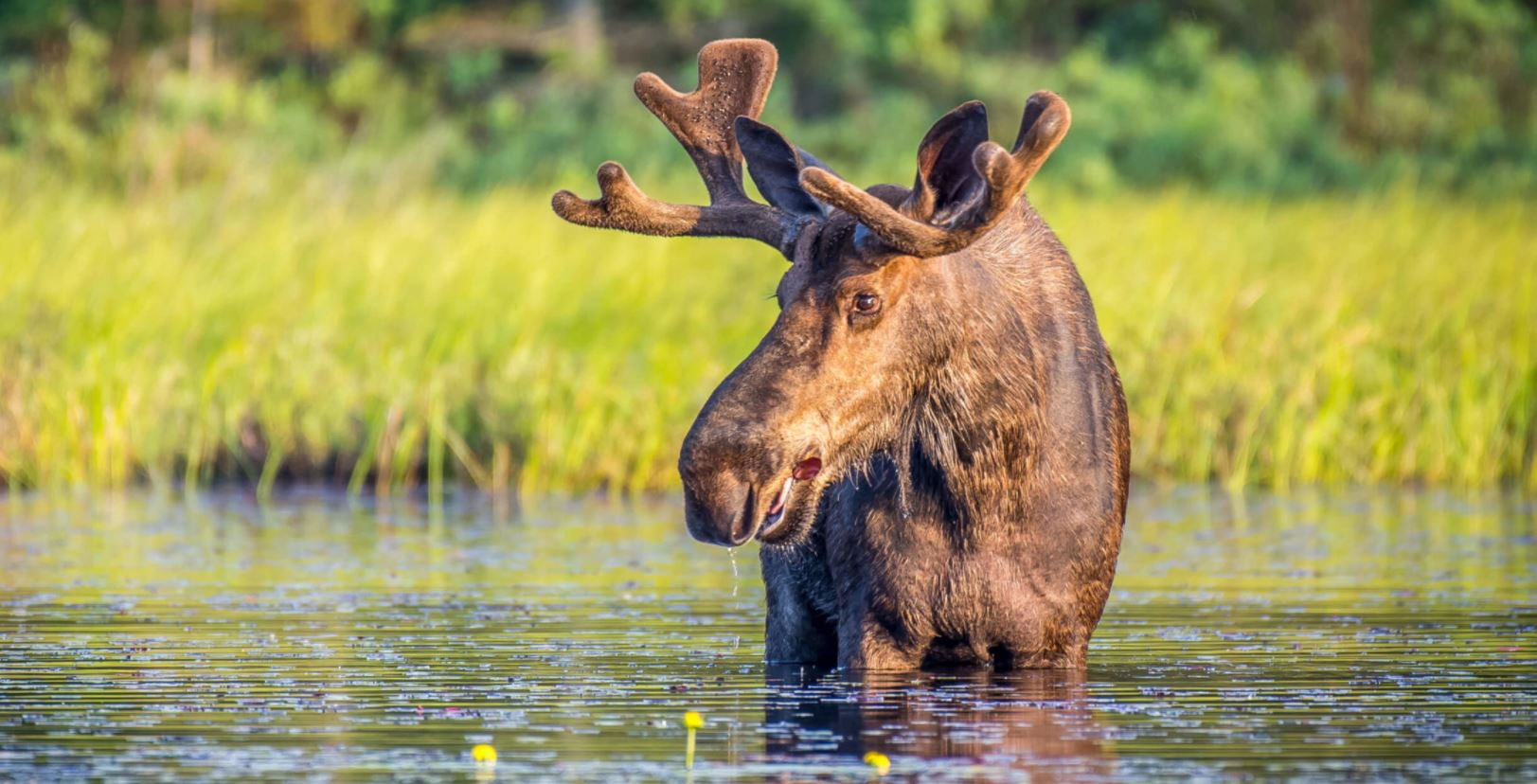 Atlantic Canada is home to several species of whales indigenous to the region, along with numerous rare land animals which can only be witnessed on this side of the world.

With some of the most gorgeous locations in this oldest part of Canada, you surely don't have to leave the wildlife unexplored assuming that nature’s wonders would only be hidden somewhere remote and uninhabitable.

Rather, in Atlantic Canada, numerous national parks and scenic drives would be your companion in exploring this marvelous land.

Take a drive through Cabot Trail, one of the world’s most scenic destinations with the stunning ocean vistasand views of Cape Breton Highlands. A drive through this scenic route might leave you speechless to Canadian wonders.

The route passes through breathtaking wildlife, amazing ocean views and little Canadian villages far secluded from the rest of the world. And since a lighthouse is an added charm to the ocean views, visit the country’s most beautiful lighthouse located in Peggy's Cove, a small rural village in the far east of Nova Scotia.

A journey of this kind through the easternmost part of North America would be a one of a kind travel experience. And after coming this far to the east of Canada you most probably would have seen everything from new to old and even the ancient side of North America!