eTA Canada Visa is an electronic travel authorization or travel permit to visit Canada for a period of time less than 6 months and visit these beautiful lakes . International visitors must have a Canadian eTA to be able to visit Canada's great lakes. Foreign citizens can apply for an eTA Canada Visa online in a matter of minutes. eTA Canada Visa process is automated, simple, and completely online. 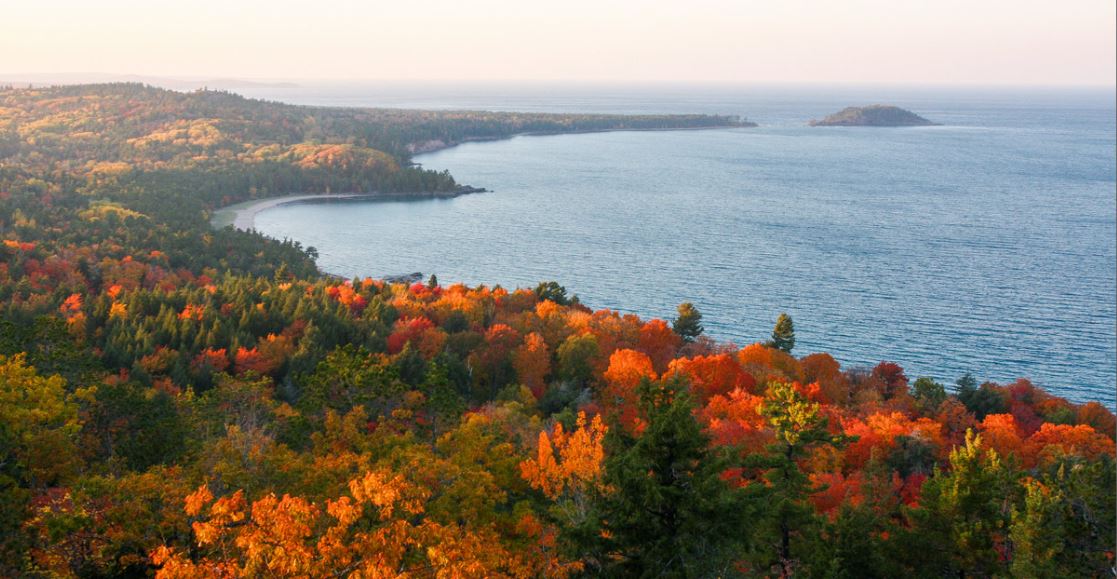 One of the five Great Lakes of North America and the largest great lake. It is 128,000 square kilometers in size. It holds 10% of the world's surface fresh water. It is shared by Ontario, Canada to the north, and states in the United States in other directions. This lake is also the largest freshwater lake in the world. The blue waters and the sandy shores might make you mistake the location for a beach.

There are many parks right near the lake where tourists like to take hikes and explore. The southern part of the lake around Whitefish point is reputed to be the graveyard of the great lakes owing to a large number of shipwrecks in the area.

READ MORE:
In addition to Lake Superior and Lake Ontario, Ontario is also home to Ottawa and Toronto. Learn about them at Must See Places in Ontario.

The smallest of the great lakes of North America gets its name from the Canadian province. Lighthouses don the shores of this lake. The source of the lake is the Niagara River and it finally meets the Atlantic Ocean. There are small islands along the shore of Lake Ontario. The lake is frequented not just by tourists but also locals to see the massive skyline of Ontario while appreciating the waters of the lake. 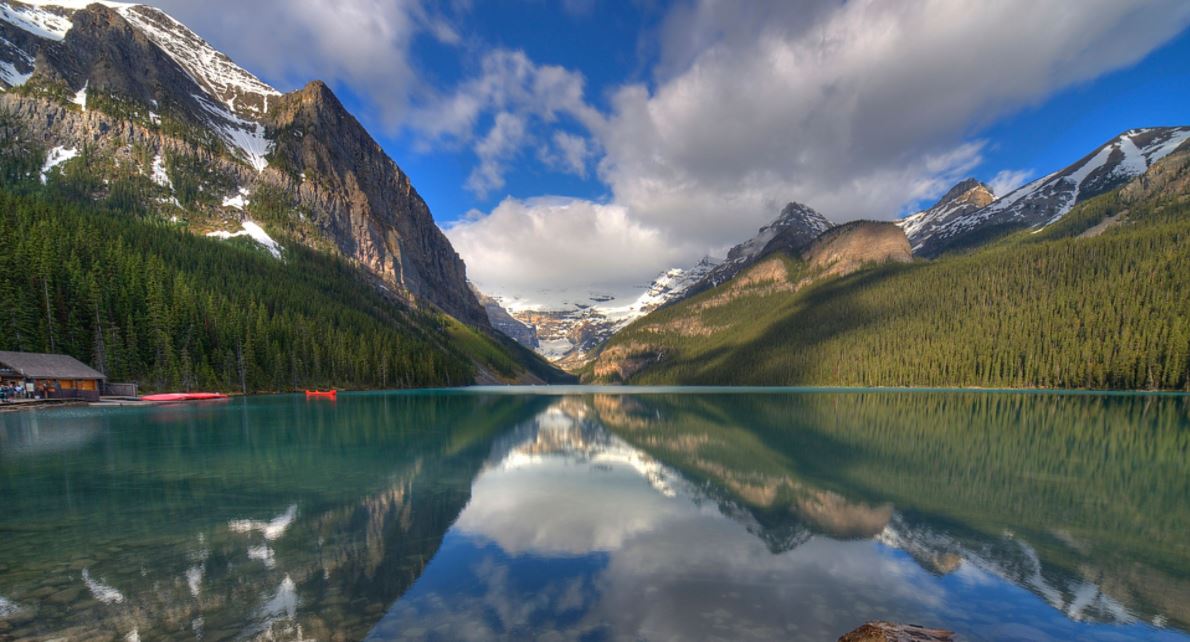 Lake Louise is considered a Royalty among the lakes in Canada and was incidentally named for Queen Victoria's daughter.

READ MORE:
If you are visiting Alberta and Lake Louise, make sure you also read about The Rocky Mountains in Canada. 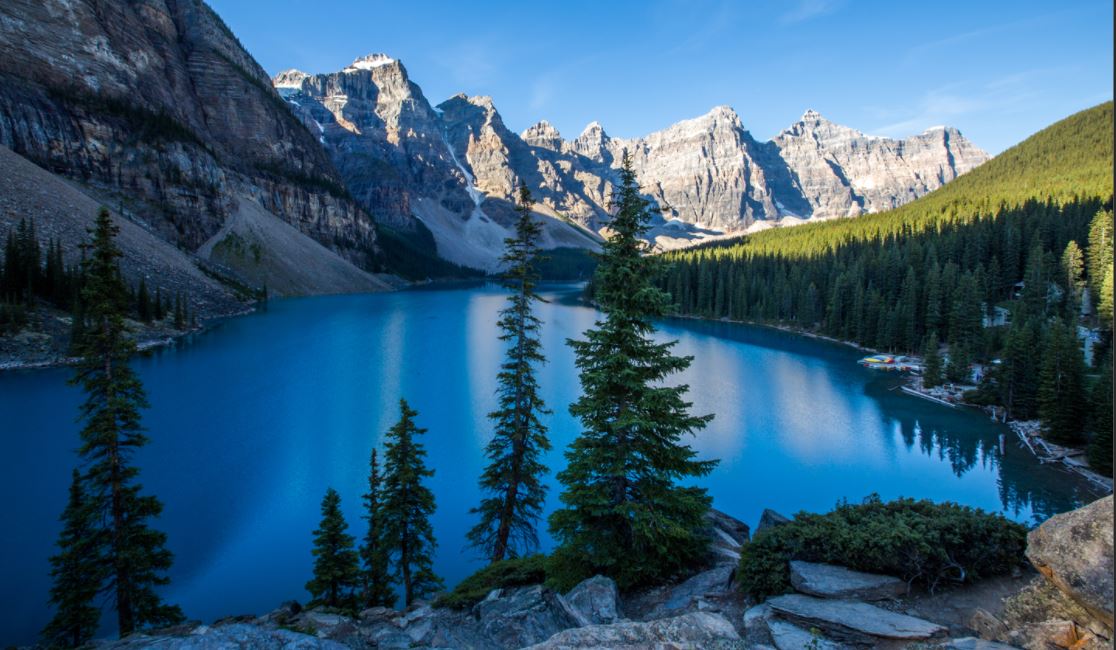 The lake is found in the Banff National Park in the Valley of ten peaks, very close to the famous Lake Louise. It shares the same pristine and sparkling colour as Lake Louise. The lake has tantalizing blue waters that will make you want to spend all day watching it. Moraine Lake is about 50 feet deep and around 120 acres in size. The picturesque backdrop of mountains and alpine forest adds to the beauty of this lake. The lake is not accessible in the winter as the road is closed due to snow and the lake also remains frozen. Moraine lake is the most photographed location and appears in Canadian currency as well.

The lake is situated in Jasper Park, at the base of the Maligne mountains. It is the largest lake in the park and the longest lake in the Canadian Rockies. The lake gives you spectacular views of the glacial mountains that surround it and is a viewpoint for three glaciers near the lake.

The lake has a small island near its coast called Spirit island to which tourists can paddle or rent a boat to visit. 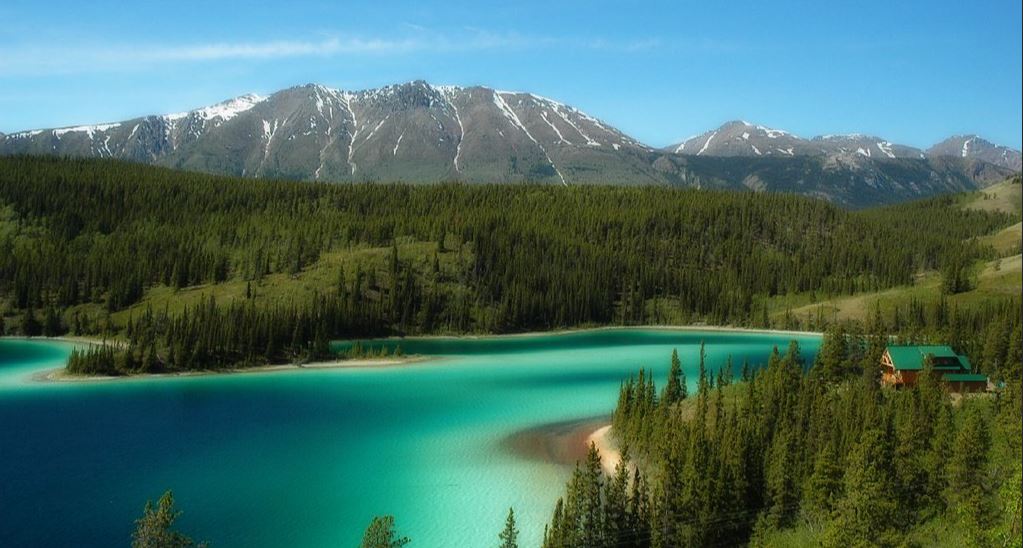 The lake is situated in the Yoho National Park and is the largest of 61 lakes found in the park. Emerald lake is named after the stone as the extremely fine particles of powdered limestone give the lake its natural green hue. The lake is covered by dense greenery on all sides. It is surrounded by mountains which can be seen through the reflection of the water. This lake is open for tourists to canoe and explores the waters. In the wintertime, the lake is a popular spot for cross-country skiing.

The emerald color of the lake shines and is most beautiful in July as the lake is generally frozen until June, making July the best time to visit Emerald lake.

Garibaldi Lake is located in Garibaldi provincial park. The lake makes you put effort to get to it as you need to hike a 9km trail to reach the lake. This hike takes about 5-6 hours to complete. You will have an uphill climb through forests and meadows filled with flowers during summer. Many tourists opt to camp at Garibaldi overnight as heading back is quite tedious to do in one day. The lake gets its blue shade from glacier melts which are called glacier flour.

There are no activities permitted in the lake as it is a protected and ecologically sensitive area. Spotted Lake is a sacred place of the Okanagan Nation.

READ MORE:
In addition to Lake Emerald, Garibaldi and Spotted Lake discover other Must See Places in British Columbia.