Must See Places in Victoria 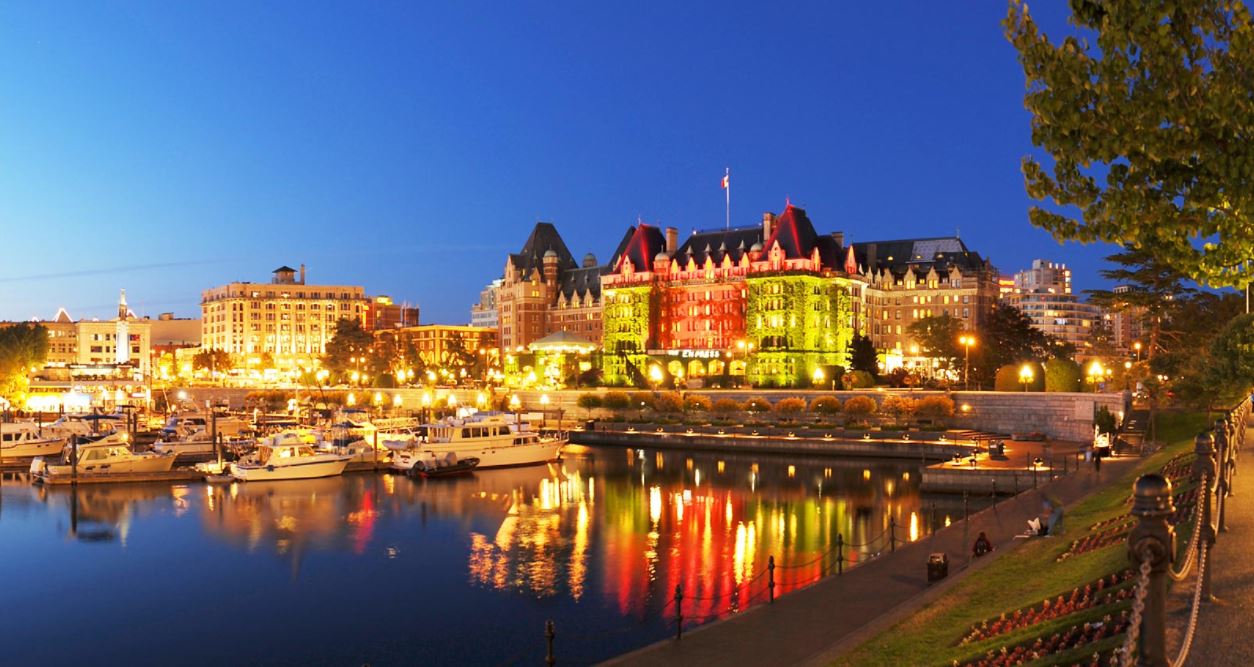 The capital city of the province of British Columbia in Canada, Victoria is a city situated at the very southern tip of Vancouver Island, which is an island in the Pacific Ocean that’s situated on Canada’s West Coast. Lying at the southern end of Western Canada, Victoria is only a little distance away from Washington in the United States. The city gets its name from Queen Victoria (it was originally called Fort Victoria) and when the British began to settle in Canada in the 1840s Victoria was one of the first British settlements in the Pacific Northwest. But long before European colonisation and settlement the city was already populated and inhabited by the indigenous peoples of the Coast Salish First Nations. Surrounded by mountains and the ocean, Victoria is known for its pleasant, snow free, temperate climate, in fact, the mildest climate in all of Canada, and the beauty of its shoreline and beaches. It is also popularly known as Canada’s City of Gardens for the many pretty gardens and parks in this slow paced city. It is also chock full of museums and historic buildings and castles. Here’s a list of the best of these tourist attractions in Victoria, Canada.

eTA Canada Visa is an electronic travel authorization or travel permit to visit Victoria, Canada for a period of time less than 6 months. International visitors must have a Canadian eTA to enter Victoria in British Columbia. Foreign citizens can apply for an eTA Canada Visa online in a matter of minutes. eTA Canada Visa process is automated, simple, and completely online. 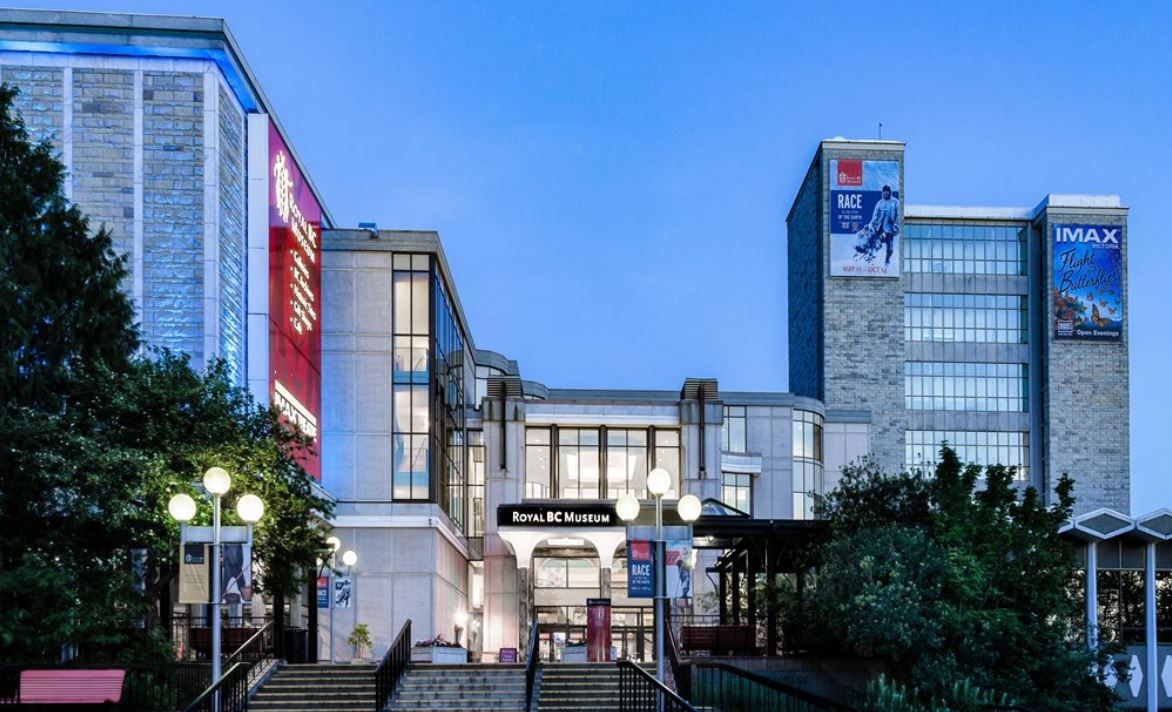 Victoria has a fascinating history as one of the oldest cities in the Pacific Northwest and hence it only makes sense that it also has some important and intriguing museums which showcase this history and the city’s culture as it has evolved over the centuries. The Royal British Columbia Museum is one of the most important museums of natural and cultural history in Canada, which has interactive, 3D displays that allow you to experience rainforests, watch animals, view colonial artefacts, as well as witness indigenous rituals and learn about the lives and struggles of the First Nations peoples. Another important museum is the Maritime Museum of British Columbia, which is the oldest Maritime Museum of Canada and showcases artefacts depicting British Columbia’s maritime explorations and adventures. 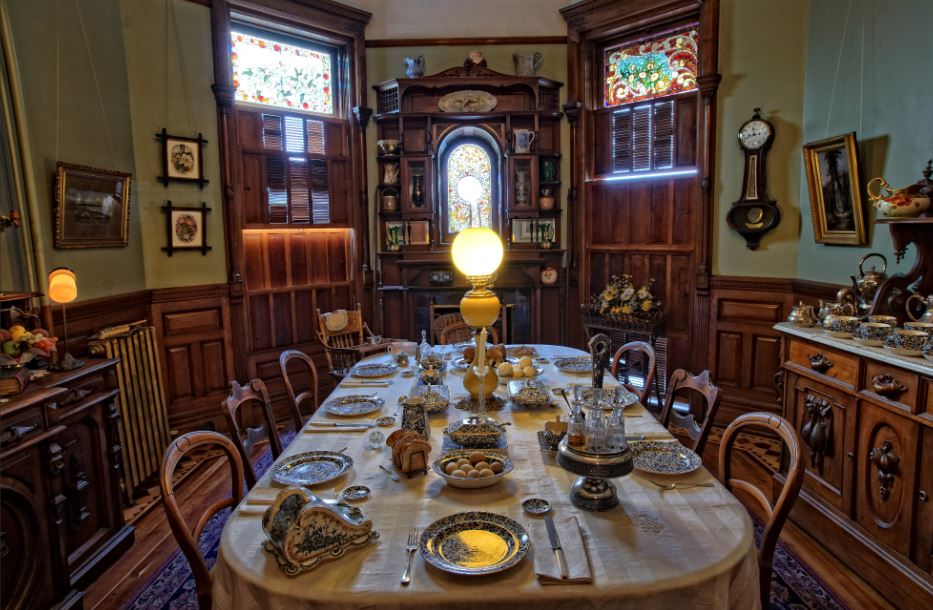 As one of the first European settlements in Canada, Victoria has many historic heritage buildings and castles that serve as reminders of an age gone by and also add a rustic charm to this quiet city. The Parliament Buildings in Victoria, which is the official seat of the province’s government, was built at the end of the 19th century and it’s stone structure, well kept gardens, a statue of a historic personage on its dome, and the lights that bring it to life at night, are all the things that make it special. You can even get a tour of the city centre in a horse carriage.

Another 19th century building in Victoria is the Craigdarroch Castle, which was built by a wealthy coal miner as a house for his wife, and whose Victorian architecture is iconic, with stained glass windows, beautiful and intricate woodwork, many antiques from when it was built, and a stunning 87 step oak staircase. It is a historic house museum now. Hatley Park Museum is also a national historic site, with the main attractions being the White Hatley Castle built at the beginning of the 20th century, and some beautiful Japanese, Italian, and Rose gardens on the estate that have been designed in the Edwardian garden style.

READ MORE:
You may also be interested in reading must see places in Montreal.

Canada’s City of Gardens, Victoria's coastal climate makes for flourishing conditions for gardens and parks in the city. While the rest of Canada is still experiencing biting winters, in Victoria spring arrives from the month of February itself. Flowers bloom in all of its gardens, some of which are the most famous gardens in Canada. For example, the 20 hectare Butchart Gardens are one of the best works of horticulture in Canada.

Another one of Victoria's famous gardens is the Victoria Butterfly Gardens which houses not only more than 70 species of tropical, exotic butterflies and moths, but also birds, fish, reptiles, and even insects from all over the world in an insectarium. The indoor space of the gardens is turned into a tropical jungle with waterfalls, trees, and flowers existing with the butterflies and other animals as in the natural ecosystem.

The Abkhazi Garden is also a beautiful garden in Victoria, built in 1946 by the exiled Prince and Princess Abkhazi, from a princely family in Georgia, a country in Eurasia. This heritage garden, with its sloped ground and stunning views, also has a teahouse, famous for its Moroccan tea, where regional food or that made of produce grown in the garden itself is also served.

READ MORE:
Canada offers some of the best skiing locations in the world.

Situated off Canada’s rugged Pacific Coast, Victoria is surrounded by the ocean and has numerous bays, beaches, and lakes. Some of the most popular beaches in Victoria that you must visit are Gonzalez Beach, Gordon’s Beach, and Muir Creek Beach. From Muir Creek you can also see the Strait of Juan de Fuca, which is a body of water in the Pacific Ocean down whose centre the international boundary between Canada and the United States runs.

There are also such scenic lakes in Victoria as Kemp Lake, a freshwater lake full of water lilies and dragonflies; Thetis Lake Regional Park, which also has a sandy beach; the conjoined Elk Lake and Beaver Lake, Prospect Lake, and many more. There is also a place called the Sooke Potholes Regional Park, which has a very unique geological formation which is a couple of deep pools with smooth rocks. You can also hike here. In fact, Victoria's shoreline and mountains make possible many other outdoor sports and recreational activities. From hiking, cycling, kayaking, diving, fishing, to ziplining, you can do it all here.