Must See Places in Vancouver 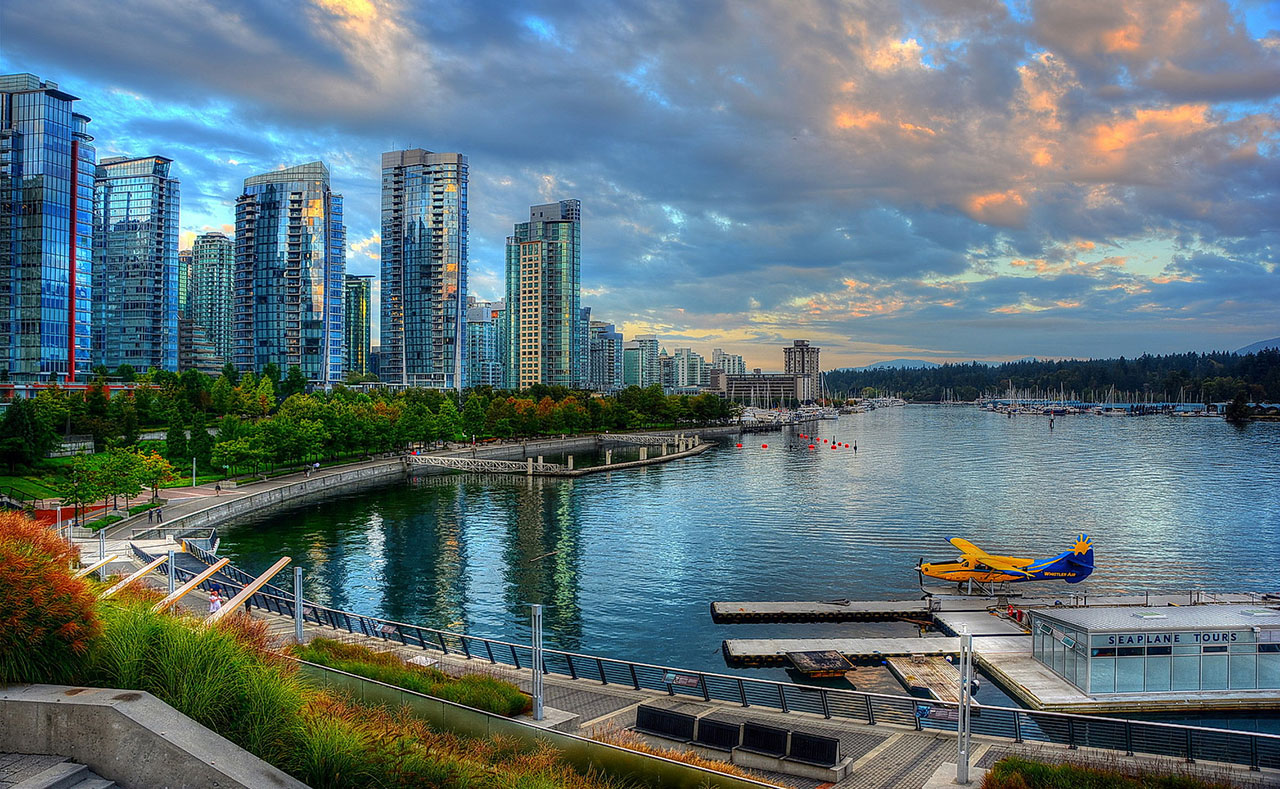 Vancouver is one of Canada's most bustling, densely populated, and ethnically as well as linguistically diverse cities. It is a seaport city located in mainland British Columbia that is surrounded by mountains on all sides. It is also one of the top cities in the world where excellent quality of life is possible for all of its residents, many of whom are non-English speakers and minorities who have migrated to the city at some point. The city is also often known as Canada's Hollywood owing to all of the filming that takes place here. Above all else, it is one of the most picturesque urban cities of the world, with its metropolitan mainland and urban centre surrounded by greenery, the sea, and the mountains.

As an urban metro city that is also full of nature's beauty, it is a popular tourist destination among people from all over the world and in fact tourism is one of Vancouver’s largest industries. If you are thinking of visiting Vancouver for a holiday or for some other purpose, you must make sure to explore the city by visiting some of the most popular tourist destinations in Vancouver which are described below.

READ MORE:
Learn about other must see places in British Columbia. 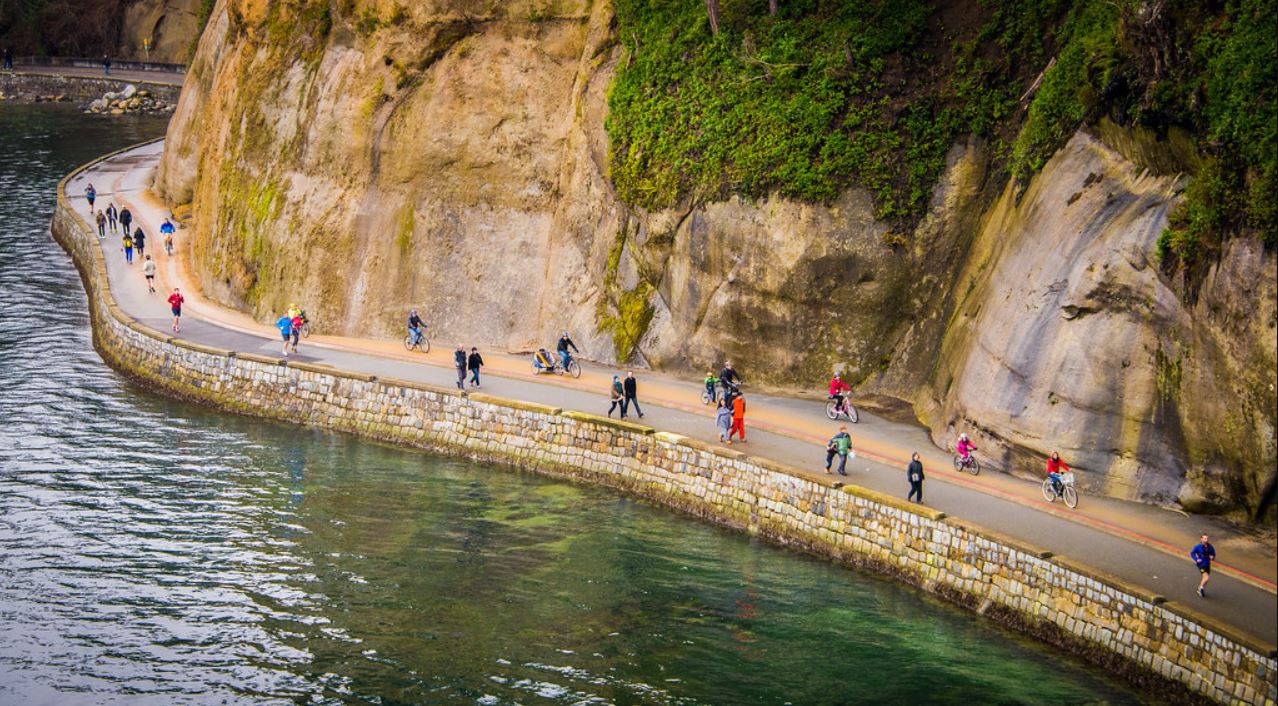 This is a huge public park bordering downtown Vancouver, surrounded by the waters of a fjord and a bay. The unique thing about this park is that it wasn’t architecturally planned like most urban public parks but the forest and urban spaces there gradually evolved into a space that began to function like a park, after which some attractions were built there.

It still has millions of trees as it did when it was a forested area but it also has other attractions that tourists love visiting such as the Vancouver Seawall , which is a path next to the sea where people walk, run, cycle, skate, and even fish; many forest trails for the adventurers; the peaceful Beaver Lake, covered with water lilies and housing beavers, fish, and many water birds; Lost Lagoon, a freshwater lake where one can see such birds as Canada geese, waterfowl, swans, and ducks; and Vancouver Aquarium, which is the largest aquarium in Canada and has some of the most fascinating species of Pacific marine life, such as sea otters, dolphins, belugas, and sea lions. The Park’s gardens are also a huge attraction during spring when they are covered with cherry trees and rhododendrons. 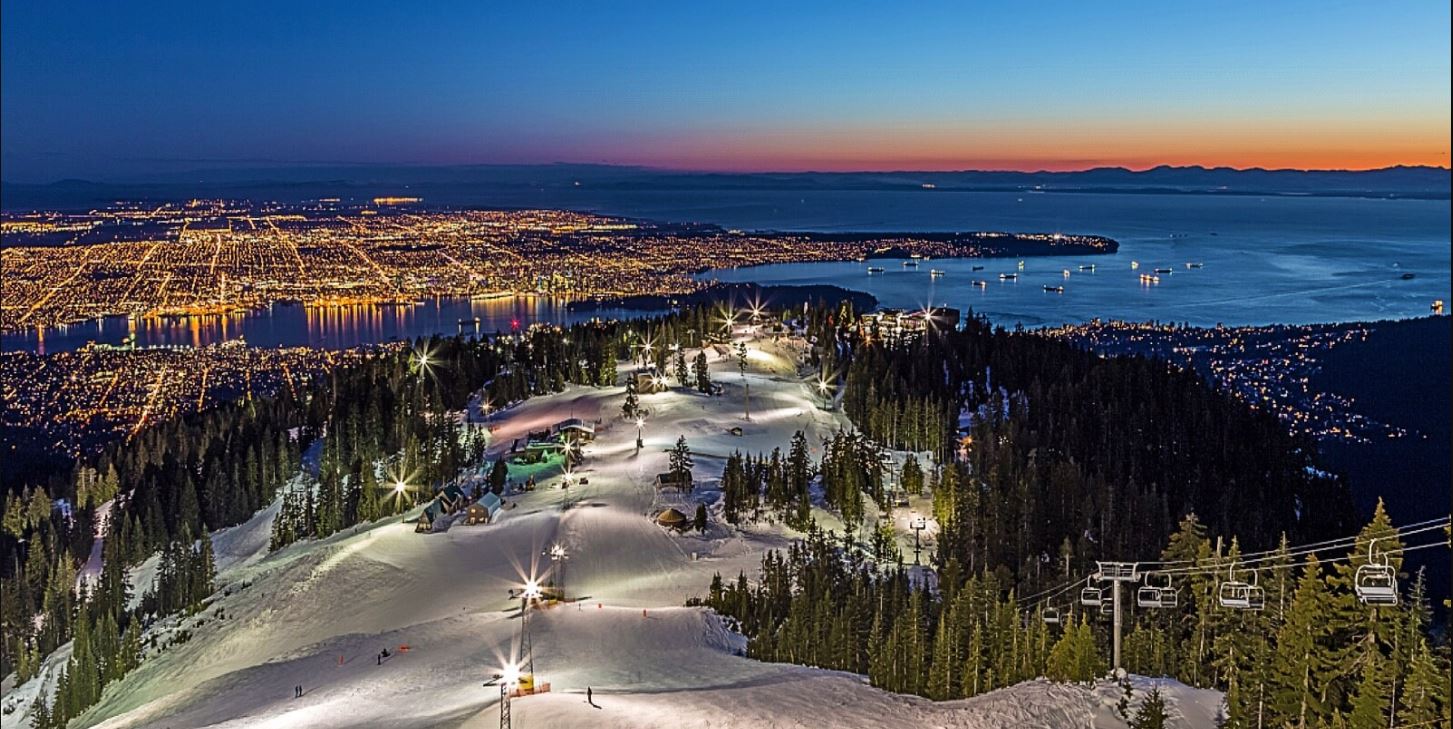 Situated in North Vancouver, Grouse Mountain is a summit rising some 4 thousand feet above Vancouver. Its close proximity to the downtown urban centre of the city makes this alpine paradise a perfect quick getaway from the hustle and bustle of the city to a place that’s a refuge for nature and wildlife and is also one of the most popular places for outdoor adventure in Canada, especially winter sports, such as skating, snowshoeing, skiing, snowboarding, etc.

In summers the adventurers have the option of exploring Grouse Mountain’s nature trails, such as the famous Grouse Grind. Other tourist attractions in Grouse Mountain are Super Skyride and Chairlift rides in the summer, giving a stunning view of the wilderness and the city from the sky; the Eye of the Wind, a huge wind turbine with an observation area from where you will get mind blowing views of the city; and the Refuge for Endangered Wildlife, which is a conservation centre preserving the area's flora and fauna.

Popularly known as Kits Beach, this is one of the most popular urban beaches in Vancouver, especially full of tourists in the summer months. Situated just across downtown Vancouver, it offers both the beauty of a sandy beach and the oceanfront as well as trendy and urban places that form an outdoors hub full of activity, such as cafés, walking trails, and shopping centres . You can enjoy all sorts of beach activities here, such as sunbathing, swimming in a saltwater pool, playing tennis, basketball, or beach volleyball, and even take your furry little friend to the part of the beach known as a dog beach.

There are also such places nearby as the Vanier Park and the Vancouver Maritime Museum, and of course the neighbourhood near the beach is full of restaurants and shops, so you can still have a fun day after you’ve enjoyed the beach to your heart’s content. 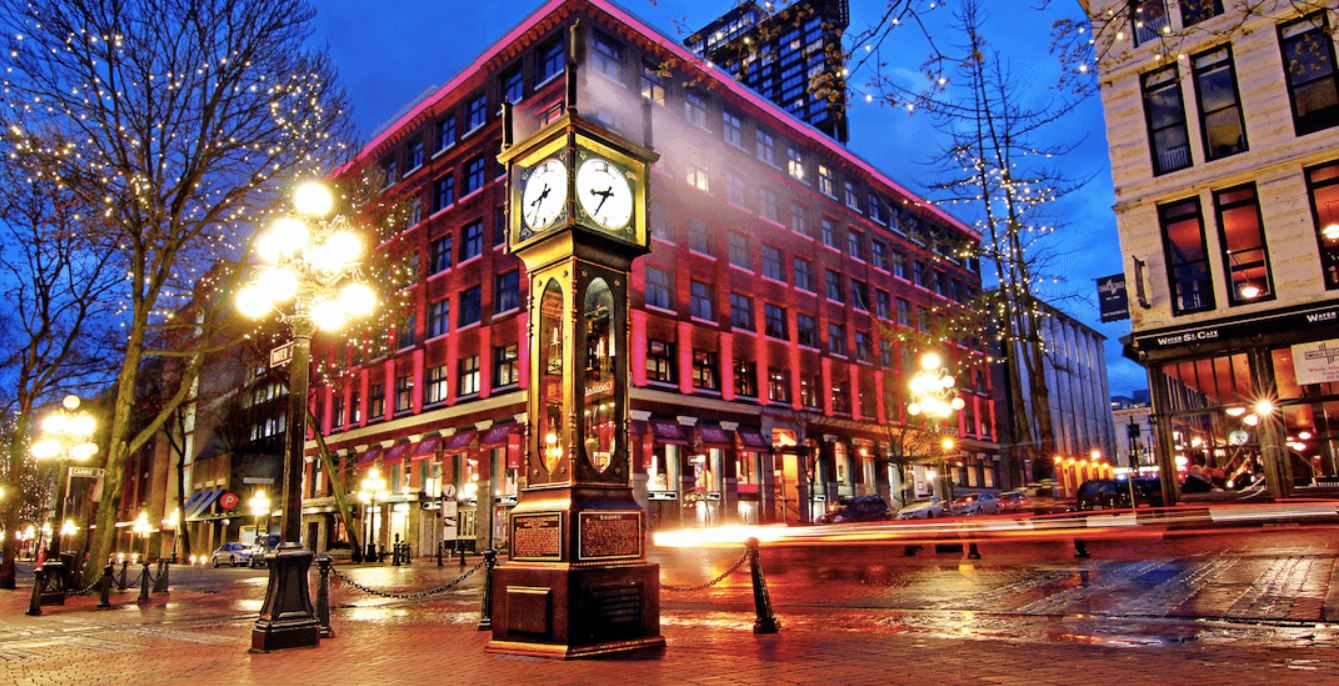 Gastown is one of the oldest settlements in Vancouver around which the rest of the city developed over time and one of the most unique places in the city too. Situated next to downtown Vancouver, it is considered a historic site now because the neighbourhood still preserves Victorian buildings that have been carefully restored over the years. Named after a seaman who first arrived in the area in 1867 and who was known as “Gassy” Jack Deighton, after decades of being forgotten, the town regained popularity in the 1960s and its buildings started to be restored for their unique and historic architecture. Today it is full of touristy restaurants, galleries, boutiques, and shops with a Victorian look to them, as well as cobblestone streets and iron lampposts. Tourists especially love the Steam Clock here which chimes every fifteen minutes giving puffs of steam. 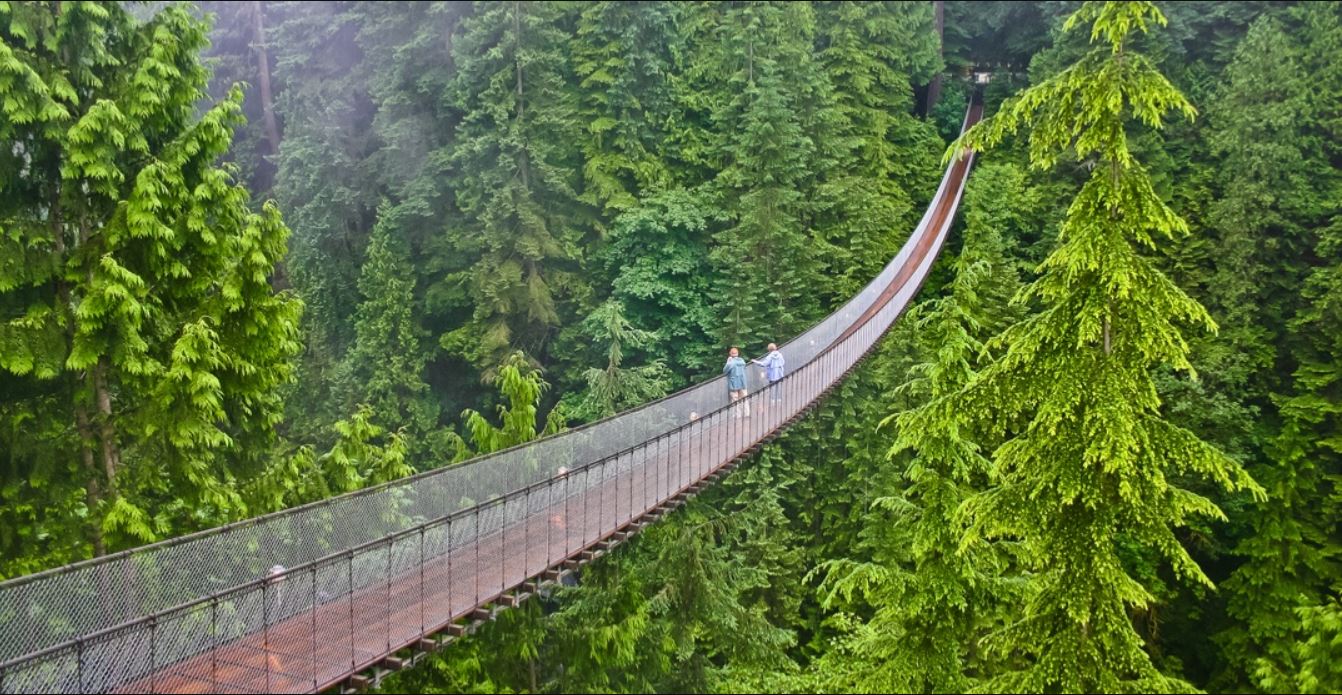 This was one of Vancouver’s first ever tourist destinations that opened way back in 1889. Suspended over the Capilano River Canyon, this bridge is one of the most thrilling places for tourists in Vancouver. The bridge leads to a park with forest trails and a walking trail surrounded by huge trees. There is also a circular transparent platform, known as Cliff Walk, suspended and curving out from the canyon wall, walking over which is also a truly thrilling and fascinating experience. There is also the Capilano Salmon Hatchery nearby where one can spot the flashing salmon. This bridge can be reached through a shuttle from downtown Vancouver.