Must See Places in Alberta

Part of Western Canada, bordering Canada’s westernmost province of British Columbia, Alberta is Canada’s only landlocked province , that is, it is surrounded only by land, without any route leading directly to the sea. Alberta has got quite a diverse terrain, which includes the snowy peaks of Rocky Mountains, glaciers, and lakes; the mutely beautiful flat prairies; and wild forests in the north. Of all three of Canada’s prairie provinces, Alberta is the biggest.

Apart from the wide variety of nature you would get to feast your eyes on in Alberta, its two main cities, Edmonton, which is the capital of Alberta, and Calgary, are metropolitan urban cities in their own rights, which have many sightseeing options for tourists too. These cities often get neglected in favour of the famous Canadian cities of Vancouver, Toronto, and Montreal, but Edmonton and especially Calgary have a lot to offer too. There are also small rural farm towns that make for charming little getaways, and the many national parks in the Rocky Mountains are obviously one of the biggest tourist attractions in Alberta.

Of the many places worth a visit on your trip to Alberta, here is a list of some of the best ones that you must definitely make sure to see while visiting Alberta.

eTA Canada Visa is an electronic authorization or travel permit to visit Canada for a period of time less than 6 months. International visitors must have a Canadian eTA to enter Canada. Foreign citizens can apply for an eTA Canada Visa online in a matter of minutes. eTA Canada Visa process is automated, simple, and completely online.

READ MORE:
The Rockies in Alberta.

Jasper is another popular national park in Canada. In fact, it is the largest national park in Canada, covering an area of more than ten thousand square kilometers. Another UNESCO World Heritage Site, Jasper National Park was built at the beginning of the 20th century and though it’s not as famous as Banff, it is still a national park that many tourists frequent in Canada. The Park is full of lakes, waterfalls, mountains, glaciers, etc., some of the most popular of these picturesque tourists attractions of Jasper National Park being Mount Edith Cavell, one of the most important mountains in Alberta; such lakes as Pyramid Lake, Maligne Lake, and Medicine Lake; Tonquin Valley, located in the area of a continental divide; Columbia Icefield, the largest ice field in the Canadian Rocky Mountains; Athabasca Falls; Miette Hot Springs; and the Marmot Basin area that is available for skiing.

READ MORE:
Learn about Canadian weather and what you can expect in Alberta. 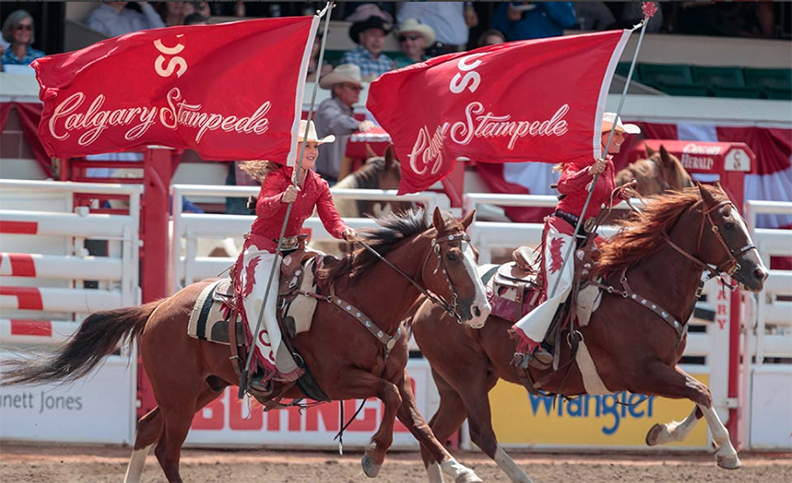 If you are planning on visiting Canada, especially the province of Alberta, during early July, then you must head on to Calgary where a ten day rodeo event takes place annually in early July. A rodeo event involves cowboys participating to show their riding and other skills. There are all things cowboy and rodeo, cultural exhibits, and also quite a lot of country music at the Calgary Stampede. There are also parades and exhibitions by the First Nations of Canada. People come to visit and participate in the festival from all over North America and the rest of the world too. Other than the rodeo exhibition you would also find the rest of the city transformed during the ten days, with local establishments and businesses also participating in the event in their own way. The event and rodeo in and of itself is quite crucial to Calgary’s identity as a city. In fact, it is known worldwide as Stampede City or Cowtown. 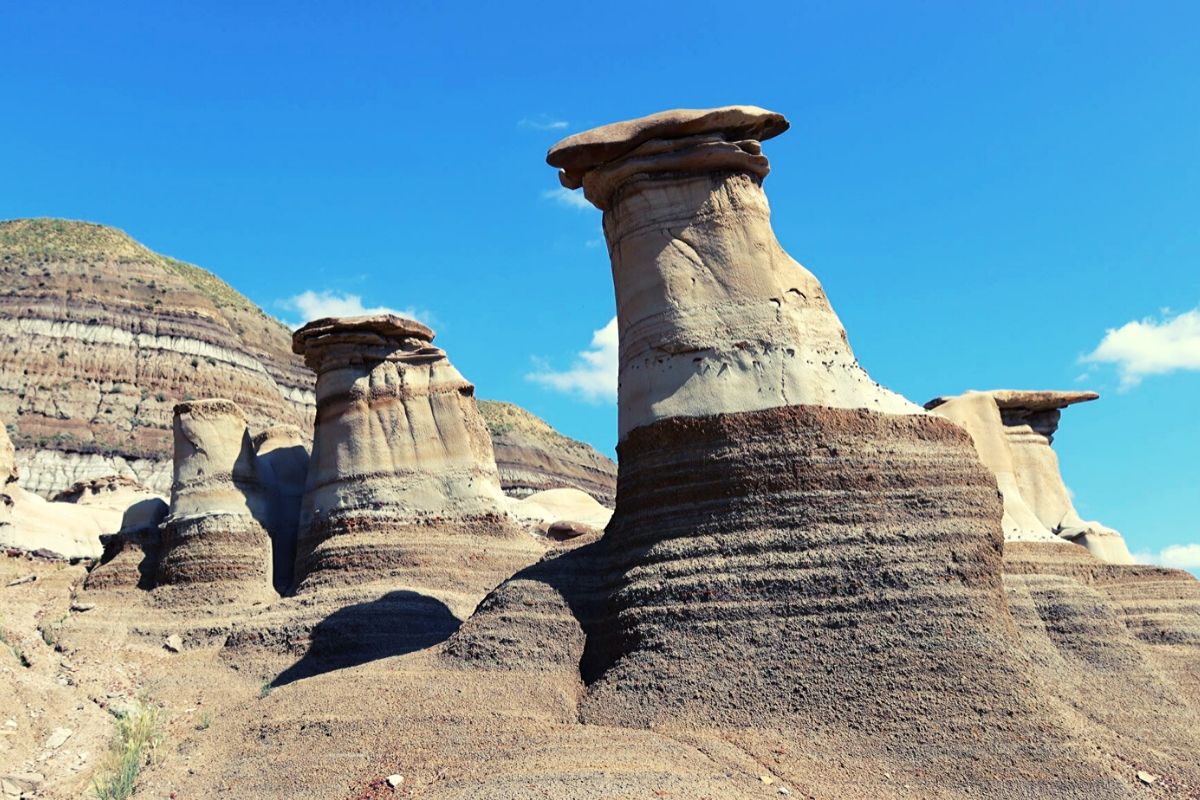 Popularly known as the Town of Dinosaurs, Drumheller is a small town in Alberta that was inhabited by dinosaurs millions of years ago. Of the various dinosaur fossils found in and around Drumheller the most significant ones are displayed and showcased at the Royal Tyrrell Museum of Paleontology. All paleontologists and even laypersons interested in dinosaurs would love to visit the museum where they would be offered quite an insightful and in depth look at the anthropological history of this place. Far from just fascinating for its history and anthropology, Drumheller also attracts tourists for its badlands which consist of some popular hiking trails such as the Dinosaur Trail.

The city of Edmonton might not have a lot to offer in terms of tourist attractions but if you are going to be in the city for some work, you must make sure to visit the West Edmonton Mall, which is Canada’s largest shopping centre. It is a huge complex with many places and recreational activities offered therein, such as the World Waterpark, the ice rink known as the Mayfield Toyota Ice Palace, mini golf, an aquarium that offers tourists live shows, a bowling alley, and of course such places as all malls have like movie theatres, shopping stores, and restaurants.