Must See Places in Manitoba, Canada

Manitoba has a lot of sights and things to offer to tourists from beaches, lakes, and provincial parks to cultural landmarks and other entertaining spots in the cities such as Winnipeg. 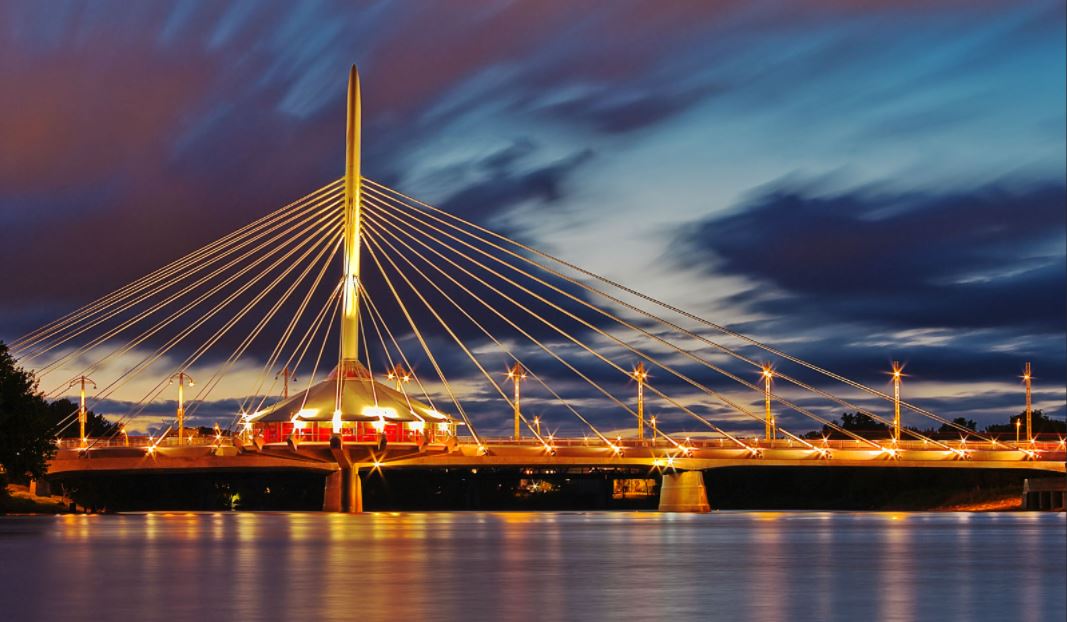 Situated at Canada’s longitudinal centre, Manitoba is a prairie province of Canada, the first of only three ones, the other ones being Alberta and Saskatchewan. Like a lot of places in Canada, Manitoba has got a diverse terrain and landscape, with arctic tundra, the coastline of the Hudson Bay, a boreal or coniferous snow forest, and of course, prairie farmland, which includes temperate grasslands or savannahs. From beaches, lakes, and provincial parks to cultural landmarks and other entertaining spots in the cities such as Winnipeg, Manitoba has a lot of sights and things to offer to tourists visiting Canada. Here is a list of all the places you must visit in Manitoba.

eTA Canada Visa is an electronic travel authorization or travel permit to visit Manitoba, Canada for a period of time less than 6 months. International visitors must have a Canadian eTA to enter Manitoba in Canada. Foreign citizens can apply for an eTA Canada Visa online in a matter of minutes. eTA Canada Visa process is automated, simple, and completely online.

Situated on the shores of the Hudson Bay, which is a saltwater body in north-eastern Canada considered to be a climatic marginal sea of the Arctic Ocean, the town of Churchill, is famous worldwide for the many polar bears found here, especially in autumn, which has led to the town being popularly known as the Polar Bear Capital of the World. This is what drives the tourism industry of Churchill. When the polar bears come out to the shore to hunt seals in the autumn tourists start flocking to the town to witness these marvellous animals.

Tourists are offered tours in large vehicles called tundra buggies through whose caged windows they can see the bears up close. You can also watch beluga whales in Churchill and if you go on the right nights Churchill is also a great spot to experience the out of the world aurora borealis or the Northern Lights, which are visible in the sky 300 nights of a year. While in Churchill you can also check out the Itsanitaq or Eskimo Museum where Inuit carvings and artefacts as old as dating back to 1700 BC are showcased.

You can also visit the Fort Prince of Wales, which is a National Historic Site preserving the remains of a star shaped 18th century fort. 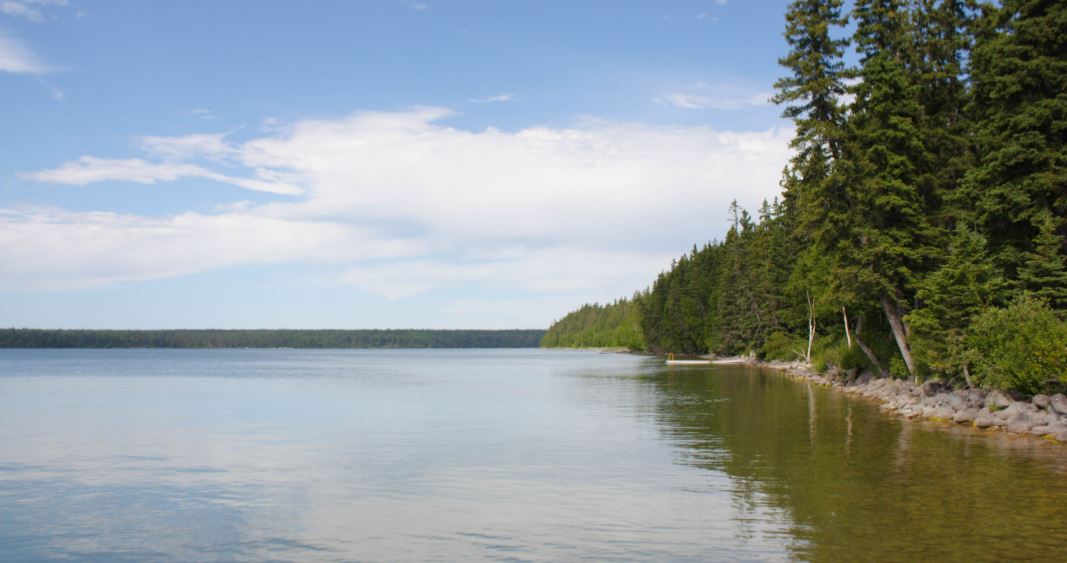 Sitting on the Manitoba Escarpment, the varied terrain and landscape of this national park and reserve is a perfect representation of the variedness of the same in the rest of the province. It consists of prairie farmland, the forested land of the park, and also some lakes and streams. This also means that the park conserves three different ecosystems, thus making it an important national park. You can do many things while visiting the Riding Mountain National Park, such as visit some of its deep lakes, such as Clear Lake, Lake Katherine, and Deep Lake, which are all popular amongst fishers.

You can also participate in such water sports as boating, kayaking, canoeing, swimming, and scuba diving here. Visitors to the park also get to look at some of the wildlife inhabiting the park from a distance, such as bison, wolves, bears, deer, elk, etc. There are also trails for such recreational activities as walking, cycling, backpacking, and even cross country skiing during winters. There are also campgrounds, golf courses, and tennis courts within the Park’s premises.

A small rural town in Manitoba, situated near Lake Winnipeg, Gimli, whose name is Norse for ‘Home of the Gods’ is unique among all Canadian towns for its Icelandic culture. This is because Icelanders were the first Europeans to ever settle in Gimli and in fact in the whole of Manitoba as part of what was called New Iceland at the time. Now tourists go to this resort town to witness the various Icelandic landmarks throughout the town, enjoy the popular Gimli Beach, to stroll along the Gimli Harbour, which is Lake Winnipeg’s largest harbour, and also important to Gimli's commercial fishery industry, and to attend the many famous festivals that place here, such as the Icelandic Festival of Manitoba or Islendingadagurinn, held over a long weekend at the beginning of August, which since the 1930s has been taking place in Gimli, and in which you can enjoy traditional Icelandic artwork, dishes, etc.

READ MORE:
You may also be interested in reading World Heritage Sites in Canada. 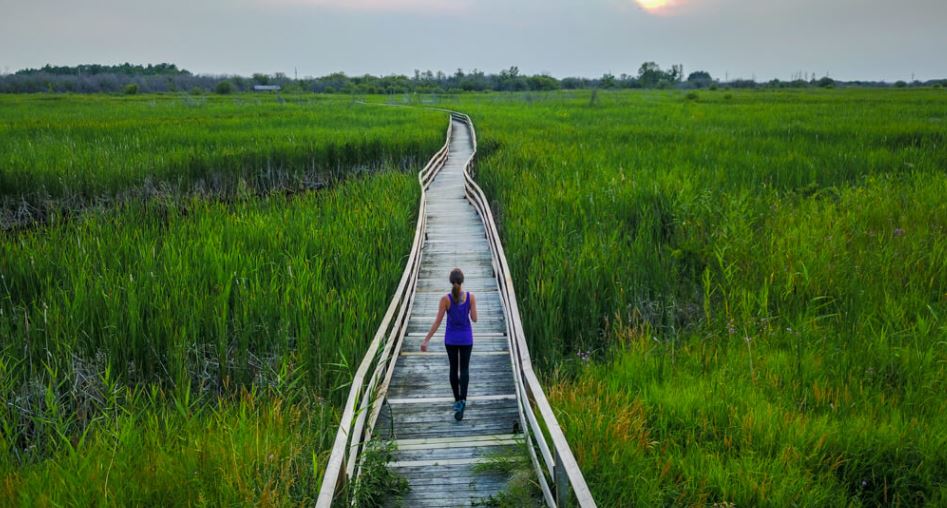 Hecla Island, near Winnipeg, and situated on Lake Winnipeg, is the perfect summer getaway to nature. Part of the Hecla-Grindstone Provincial Park, which includes a few other small islands, Hecla also has an Icelandic history. Named after the volcanic Mount Hekla in Iceland, this island is today a picturesque retreat for all tourists visiting Manitoba. There are endless things that you can do here, such as go beach hopping, walk along the tranquil shore, go sightseeing to the Hecla Lighthouse and lakes, go hiking, golfing, cross country skiing, etc. And then of course there is the Lakeview Hecla Resort, which is the perfect resort to spend a peaceful, quiet, but fun weekend getaway in, where you would get a spa, many restaurants, a golf course, indoors pool, etc.

One of the most popular cities in Central Canada and the largest one in and capital of Manitoba, Winnipeg is located at the point where the Red River and the Assiniboine River meet. Its name comes from that of the Lake Winnipeg nearby, whose name itself is derived from an indigenous language in which it means muddy water. Because it lies at the edge of Western Canada, it is known as the Gateway to the West. There are lots of tourist attractions in Winnipeg, such as The Forks, a market that is located in a couple of historic buildings which were once used for railway repair; the Canadian Museum for Human Rights, which is a new landmark in Winnipeg whose galleries showcase human rights stories; the Manitoba Museum, showcasing the history of this province, with such artefacts as millions of year old dinosaur fossils, and exhibitions recreating and displaying the Northern Lights, and old trading posts, sailing ships, etc.