Must See Places in Quebec, Canada

Montreal, one of 2 big cities in Quebec

Quebec is Canada’s biggest Francophone province where the only official language of the province is French. The largest province of Canada, Quebec, along with Ontario, which is the most populous province of Canada while Quebec is the second most populous, is part of Central Canada, not geographically, but owing to the political importance the two provinces hold in Canada. Today Quebec is a cultural centre of Canada, visiting which should be top priority for anybody who wants to witness Canada in all its authenticity.

Apart from the urban areas, Quebec has a lot more for tourists to explore, from its arctic tundra-like land and the Laurentides Mountains , which is the oldest mountain range in the world, full of ski resorts to lowland plains which are brimming with lakes, rivers, such as the famous more than a thousand kilometre long Saint Lawrence River that runs through the province, vineyards, and farms.

The province's two main cities, Montreal and Quebec City, also receive a great number of tourists year round because they are teeming with historic places, cultural institutions, and parks and other outdoorsy places too. And although you do not need to be a French speaker to enjoy a visit to Quebec, the province’s French culture adds to its charm by giving it a European feel, thus setting it apart from all North American cities. If you want to visit this unique place in Canada, here is a list of the places to explore in Quebec.

eTA Canada Visa is an electronic travel authorization or travel permit to visit Quebec, Canada for a period of time less than 6 months. International visitors must have a Canadian eTA to enter Quebec in Canada. Foreign citizens can apply for an eTA Canada Visa online in a matter of minutes. eTA Canada Visa process is automated, simple, and completely online.

READ MORE:
We cover Montreal in detail at Must See Places in Montreal. 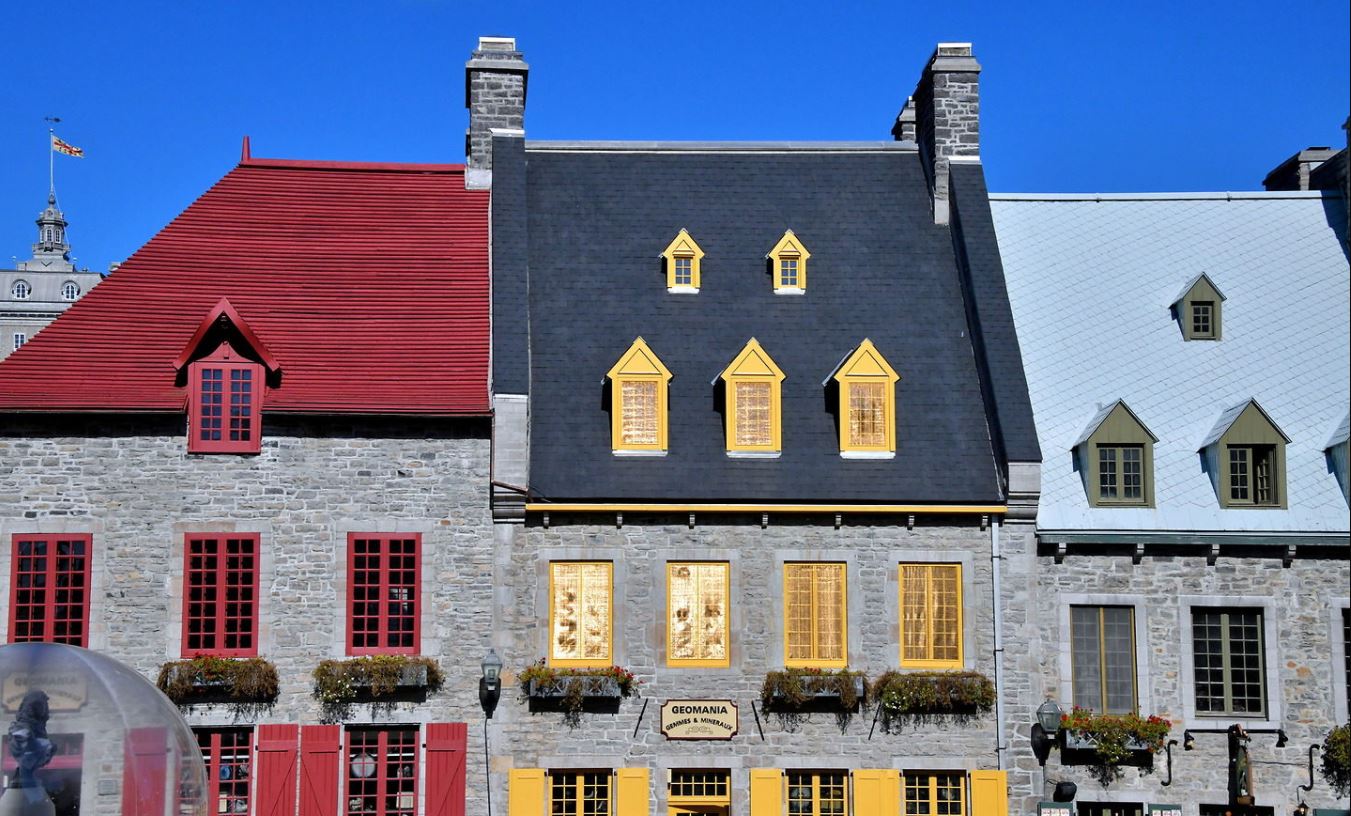 In the historic neighbourhood of Quebec called Old Quebec are historic landmarks and buildings dating back to the 17th century. In the Lower Town district of this neighbourhood is the Place Royale, a historic cobblestoned square that has buildings that can be dated back to the period between the 17th century and the 19th century. In fact, this square was the spot where Quebec City, the capital of Quebec, was founded way back in 1608. One of the most famous places to see here is the oldest stone church in North America, Notre-Dame-des-Victoires, which stands right in the middle of Place Royale and which was built in 1688 and has since then been rebuilt many times over and had its interior restored so that it resembles the original colonial French version more closely. The Musée de la Place-Royale is also worth a visit if you want to find out more about this historic square in Quebec. 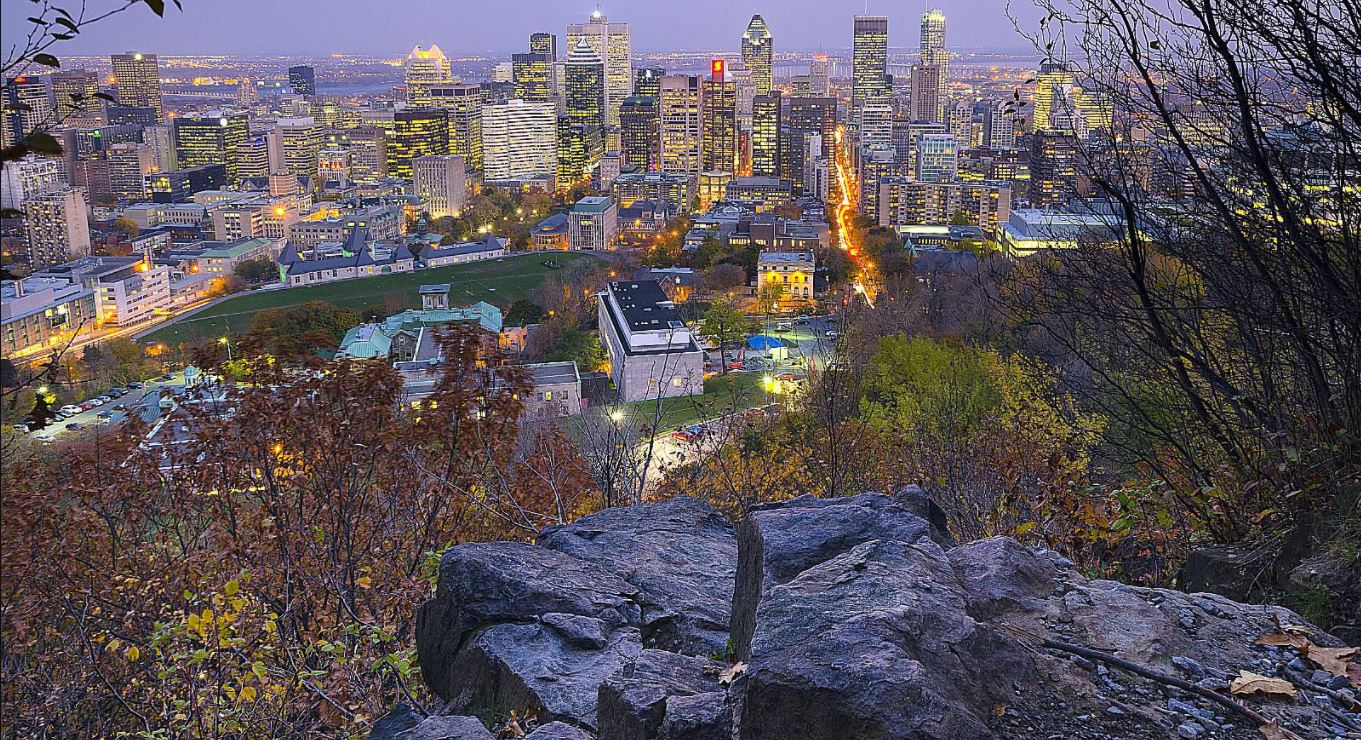 Mont Royal, the hill that gives the city of Montreal its name, is surrounded by a park whose original design was to make it resemble a valley around the mountain. Although the plan veered off and it never got developed into a valley, it is one of the largest open reserves or greenspaces in Montreal. The park is famous for two Belvederes, semicircle plazas set at the peak's height from where Downtown Montreal can be seen; an artificial lake known as Beaver Lake; a sculpture garden; and hiking and skiing trails as well as some gravel roads for biking. The park's foliage and forest have suffered many damages over the decades since it’s been built but it has recovered and one can see it in all its glory especially in autumn days when it’s a beautiful panorama of autumn shades.

Chutes Montmorency, or Montmorency Falls, is a waterfall in Quebec that’s even higher than the Niagara Falls. The water of the Falls is that of the Montmorency River, which drops down from the cliff into Saint Lawrence River. The area around the Falls is part of the Montmorency Falls Park. There is a suspension bridge over Montmorency River from where pedestrians can watch the water cascading down. You can also go near the very top of the Falls in a cable car and get a stunning view of the Falls and the surrounding area. There are also numerous trails, staircases, and picnic areas to enjoy the view of the Falls from land from different perspectives as well as to enjoy some quality time together with other people. The Falls are also famous for giving off a yellow glow during summer months due to the high concentration of iron in the waterbed. 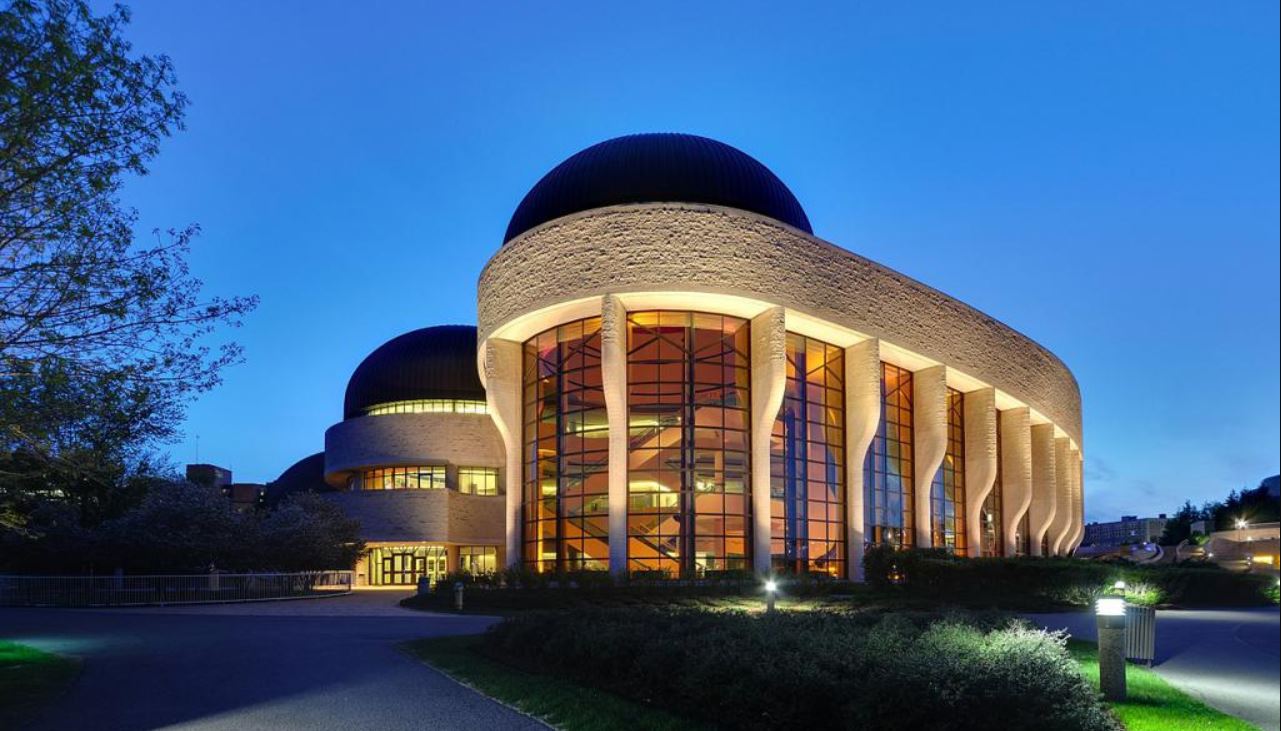 Overlooking Ottawa’s Parliament Buildings across the river, this museum is located in Gatineau, a city in Western Quebec that sits on Ottawa River’s northern bank. The Canadian Museum of History showcases the human history of Canada and its people who come from culturally diverse backgrounds. Its exploration of Canadian human history starts from 20,000 years ago, ranging from the history of the First Nations in the Pacific Northwest to that of the Norse seamen, and it also explores other cultures and civilisations. The museum is also an important research institution and is of interest to historians, archaeologists, ethnologists, and those who study folk culture. But far from being just for researchers or adult laymen, the museum also houses a separate Canadian Museum for Children, meant for children 14 years and above, which is one of the most popular museums in Canada.

READ MORE:
Check out these amazing National Parks in The Rockies.

Located at the beginning of the Gaspé Peninsula in Quebec that is situated on Saint Lawrence River’s south shore, Forillon National Park was the first ever national park to be built in Quebec. It is unique for its combination of terrains which include forests, sand dunes, limestone cliffs and mountains of the Appalachians, sea coasts, and salt marshes. Although the national park was an important effort at preservation, the park was once hunting and fishing ground for indigenous peoples who had to leave their land when the park was built. The park is now famous for its spectacular landscape; for a lighthouse known as the Cap des Rosiers Lighthouse, which is the tallest lighthouse in Canada; and also for the wide variety of wildlife found here, making it a favourite especially of birdwatchers and also whale watchers.