Top Places to visit in Canada in Winter

If the idea of Canadian winters is dreadfully cold to you then you might need a reminder of some of the perfect winter destinations in the country.

At one point where many could be looking to escape the colder months in the country, there are numerous fun ways to spend memorable winters or even add more charm to your holidays. For both mainstream and offbeat winter destinations, read along as you explore some of the best ways to spend your winters in Canada.

Visiting Canada has never been easier since the Government of Canada has introduced the simplified and streamlined process of obtaining electronic travel authorisation or eTA Canada Visa. Canada Visa Online is an electronic travel authorization or travel permit to visit Canada for a period of time less than 6 months and enjoy these magical winter destinations. International visitors must have a Canadian eTA to be able to witness the Great White North. Foreign citizens can apply for an eTA Canada Visa online in a matter of minutes. eTA Canada Visa process is automated, simple, and completely online. 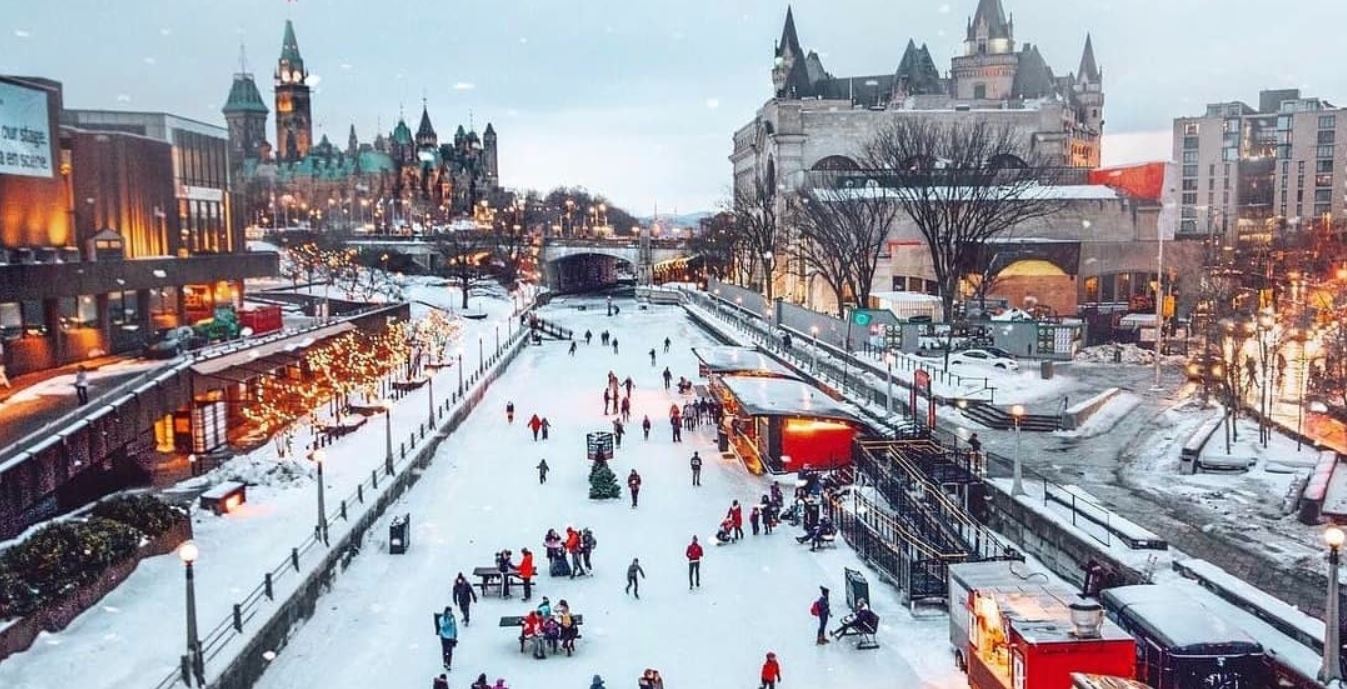 Rideau Canal is North America’s oldest continuously operated canal system and a section of this canal system in Ottawa turns into the world's largest skating rink in the winter months. A designated UNESCO World Heritage Site, this naturally frozen skating rink in the country’s capital Ottawa attracts thousands of visitors each year, being home to several events and festivals.

Winterlude, the annual winter festival held by the Department of Canadian Heritage, is one of Ottawa's most significant tourist attractions. With ice sculptures, concerts and live music shows spread along the Rideau Canal skateway, the place easily becomes one of Canada's most charming winter destinations.

Canada Visa Application can be completed in less than five minutes by most users. 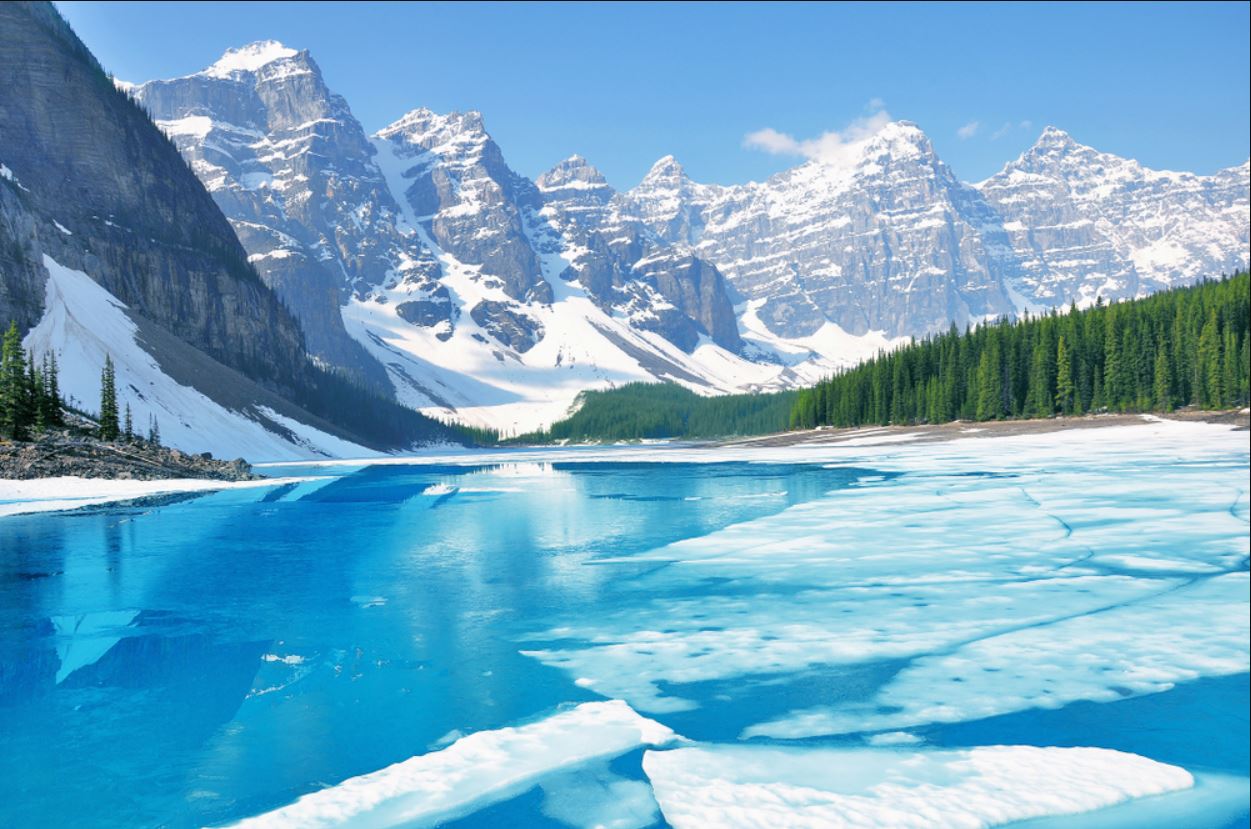 Banff is a winter wonderland for outdoor adventures

A winter wonderland for outdoor adventures, there is no dearth of activities to enjoy Canadian winters in Banff National Park. Set amidst the most spectacular mountain scenery in the world, the Banff winter experience is one of the best ways of getting a perfect picture of the Canadian Rockies.

Other than skiing, a must see attraction is the Banff Gondola, reaching up the snow capped Sulphur Mountain. Besides, visit some of Canada’s best ski resorts in Banff National park and get the ultimate view of the Rocky Mountains. And if you are looking for a perfect Christmas experience, what's more charming than witnessing an actual snow globe like place!

READ MORE:
The first national park of Canada. The national park with its humble beginning starting as a 26 square km hot spring to now the sprawling 6,641 square kilometers it covers. The park was inculcated as a UNESCO world heritage site as part of the Canadian Rocky Mountain Parks in the year 1984. Learn more at Travel Guide to Banff National Park.

Read here about Canada Visa Online Application  which is the simplest process introduced by the Government of Canada and can be availed on this website. 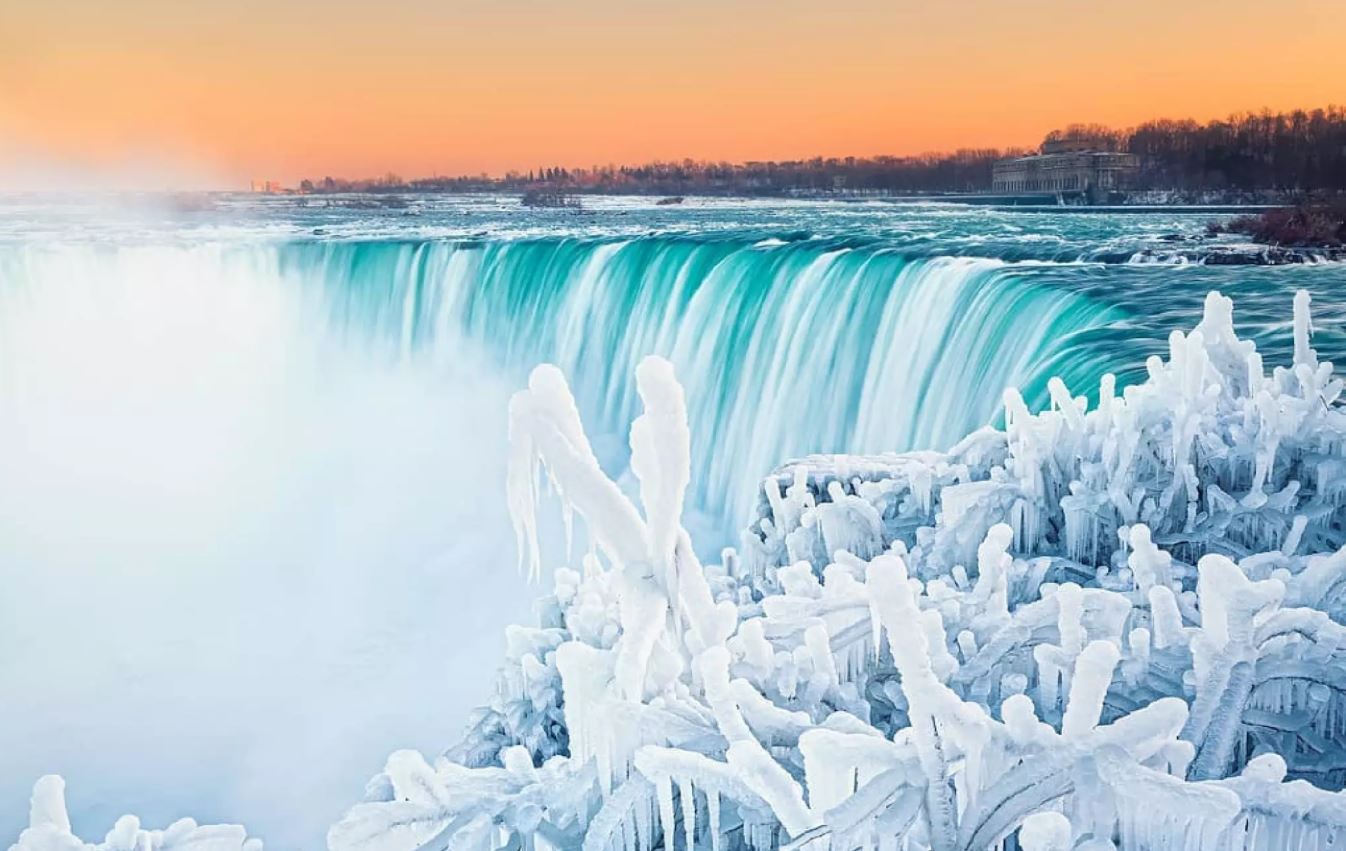 As famous as the place gets in summers, this place in Canada becomes even better during winters. One of the country's most renowned locations, the Niagara falls become host to a range of activities during winters too, including some unique events like the Winter Festival of Lights.

Winter is also one of the best times to visit these iconic falls as this is the time one can witness the fall's partially frozen part! A frozen landscape unlike any other, this popular place cannot be skipped if you want to witness the most magic of Canadian winters.

Canada Visa Application asks you about your passport details, ensure you mention that first name, surname and passport number and its expiry details exactly as mentioned in the passport. We do not ask for a copy of passport so do not compare against your passport.If you visit with Canada Visa Online ETA and the details do not match your passport, then the Immigration Officer may prevent you.

Home to one of the largest ski resorts in North America, this place is located at the base of Whistler and Blackcomb mountains. Just a couple of hours north of Vancouver, this ski resort is one of the most favoured places during Canada’s winters.

Being a pedestrian only village, the place is most popular as a ski paradise, besides a range of other options to explore around the village. Even if skiing does not interest you so much, the spectacular view from the gondola connecting the two mountains is something you cannot say 'no' to whatsoever! Another unique experience that you can only get in Whistler is an enchanting light show illuminating the dark winter forest at night , giving the experience of magic personified!

READ MORE:
As a land of cold and snow-capped peaks, with winters that last almost half the year in many regions, Canada is the perfect place for many winter sports, one of them being skiing. In fact, skiing has become one of the most popular recreational activities that draws tourists from all over the world to Canada. Learn more at Top Skiing Locations in Canada.

Read about Canada ETA, Canada Visa Online Application process and tips so that you can avoid rejection.

Most prominent peak within Alberta, Mount Edith Cavell offers various hiking and climbing trails, along with spectacular glacier views. Given its great alpine scenery the place is perfect for hiking in Jasper National park.

Considered as a mixture of summer and winter landscapes, this peak is named after a celebrated British Nurse from World War I. What is this place like during winters? If you are an adventure lover looking to spend some quality time with nature, choosing ski trails with various difficulty levels to reach this place and witnessing its raw natural surroundings is something you would be eager to explore! 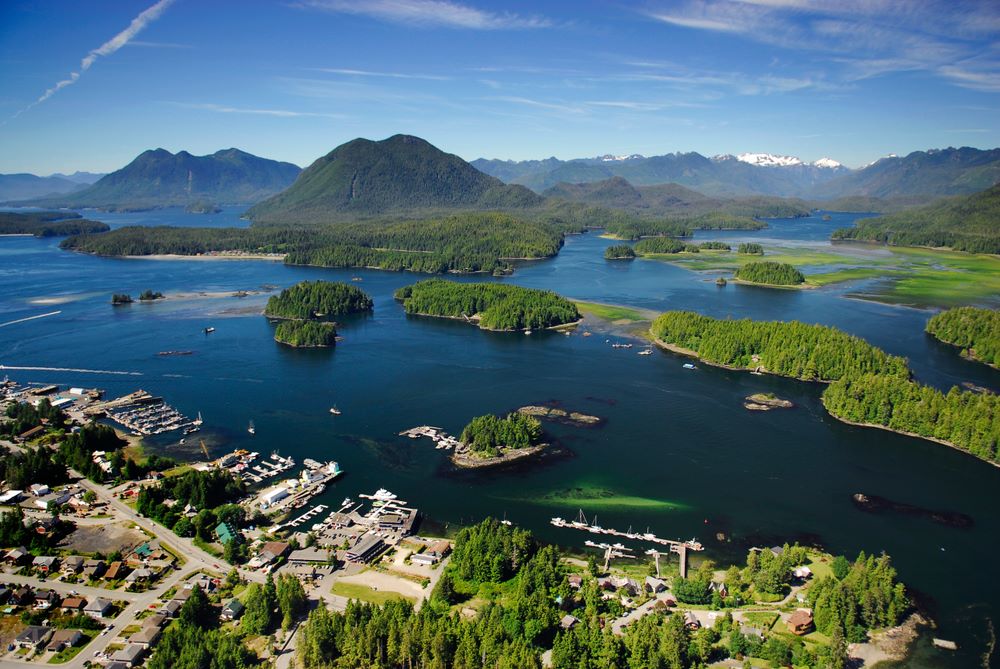 Located off Canada's West Coast on Vancouver island, this town is known for its untamed natural scenery, ancient rainforests and incredible sunsets! With its sandy beaches and perfect views, Tofino would welcome you with all the more grace in winters.

A time of the year when the majority of tourists have departed, a true feeling of nature’s richness can be experienced in this town of British Columbia. A year-round destination, some of the unusual ways of spending your great time in Tofino could be storm watching, surfing and soaking in the great views while hiking in its less crowded trails during winters.

Nunavut is the newest, largest and nothernmost territory of Canada

A sparsely populated territory in Northern Canada, Nunavut comprises most of the portion of the Canadian Arctic archipelago. A place definitely not for laid back travellers, the extreme cold weather of Nunavut could give you some of the hardest time to experience as a traveller.

With every season offering its own unique characteristics, spending winters in Nunavut could be on your list if you want to see the exceptional part, culture and life on this side of Canada . Not a place for someone looking for comfort travel, this iconic Arctic winter landscape is one of the rarest things you could see anywhere else in the world, where given the clear night sky you can even try catching a glimpse of the almost ethereal aurora borealis!